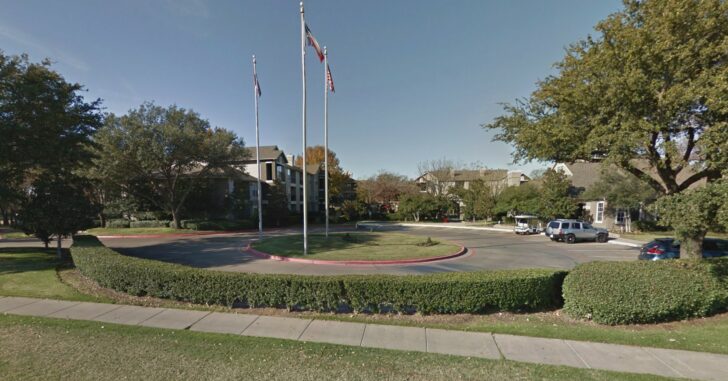 LEWISVILLE, TEXAS — A father was outside with his 16-month-old son when he began beating and stabbing him and yelling ‘Jesus Is Coming’. A witness, who is also a neighbor, grabbed his firearm and shot the father in the leg to stop the attack.

Sadly, it was too late for the child, who later died from the injuries sustained.

The identities of both the father and son have not been identified. The child’s mother was at work during the incident and was interviewed by police.

The child’s father is expected to face charges, but investigators are waiting for toxicology results before proceeding.

Like many stories, no one would have thought that a person they saw on a regular basis could be capable of such a horrific thing.

Another woman at the complex said she regularly saw the toddler’s father spending time on his balcony and had no reason to believe he was capable of such an attack.

“He was pretty normal,” Ciera Mills, 26, told the newspaper. “For this to happen is unbelievable.”

Based on the story, the witness either had his firearm on his person, or needed to retrieve it from a location, whether that location be a vehicle or apartment.

Without even knowing that detail, we an assess and assume that a quickly-accessible firearm, without hesitation from the operator, would have had better chances at stopping this sooner than someone who needed to retreat in order to gain access to their firearm. Just some words to think about.

I wish today that I could share a Guns Saving Lives story, but it is sadly not the case. The best outcome is not always the one that lurches into reality. I can only hope that this father gets the help he needs, and that the child’s mother and family are able to cope with this horrific lost the best way they can. If there is such a thing.