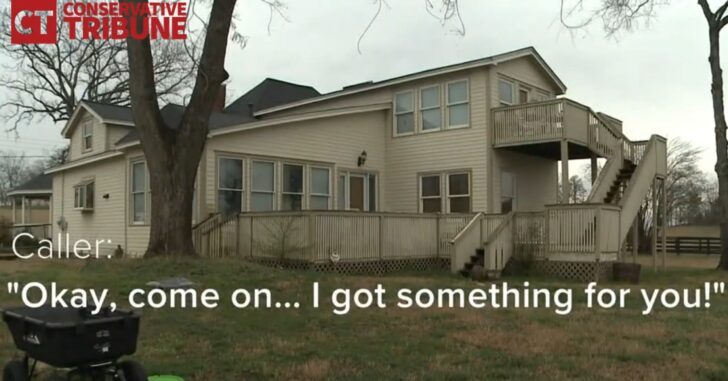 A 79-year-old gun owner was ready and willing to defend herself when a 20-year-old man was attempting to get into her home.

Hans Edward Rogers, the alleged intruder, was driving his mother’s car in Jackson County, Georgia, when he ran out of gas on Feb. 12, according to KDVR-TV.

The closest home to where Rogers ran out of gas was this woman’s home, and he decided that was the target to go to.

He didn’t know that he’d become an actual target himself.

“I’m in the kitchen,” she told the 911 dispatcher. “I’m watching the door that they were trying to get in. Ooh, they’re breaking glass.”

While on the phone with 911, the woman fired her gun in the intruder’s direction.

“OK, come on! I got something for you!” the woman yelled to the intruder.

When police arrived, they found Rogers inside a closet, likely hiding from more armed citizen resistance. That’s where police found him, and he was arrested and charged with multiple crimes.

It’s great to see this woman not back down from a threat, and she handled her business pretty well. The bad guy is locked up, the armed citizen prevails, and all is right with the world.

Previous article: Man With Rifle Storms Pharmacy Looking For Drugs, Doesn't Get Far Next article: Man Disarms Home Invader and Kills Him With His Own Gun