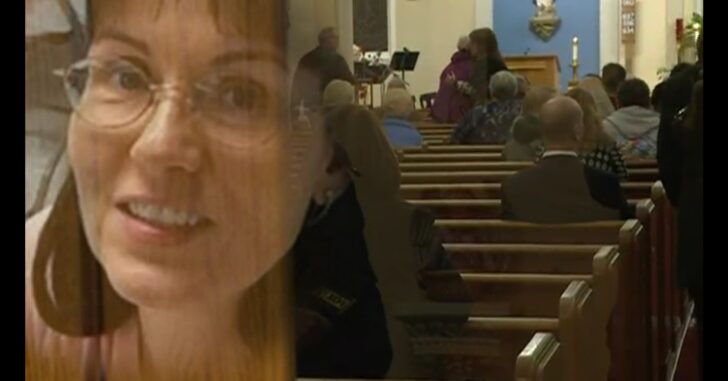 IMPERIAL, MISSOURI – A man pretending to be a customer inside a Catholic Supply shop ended up forcing 3 women into the back of the shop and made them strip at gunpoint.

He then attempted to force the women to perform sexual acts on him.

Bruce’s arrest comes two days after 53-year-old Jamie Schimdt, who was shopping inside a Catholic Supply Store in St. Louis County, MO, was shot and killed.

Schmidt refused to cooperate with Bruce, and his reaction was to shoot and kill her.

#Corrected: Charges issued against Thomas Bruce, 53, in the murder and assault that occurred Monday at the Catholic Supply store in West St. Louis County. We do not yet have a bond amount. We would like to thank the public for their assistance. #CatholicSupply pic.twitter.com/8Azt5pGJw7

It’s a terrible story, and who knows why this man did what he did. It ended with an innocent life lost, a violent criminal behind bars, and a wish that we have that more people arm themselves.

Our hearts go out to the family of the woman killed, and the other victims in this senseless crime.

Previous article: #DIGTHERIG - Ben and his Sig Sauer P225A1 in a Kirkpatrick Holster Next article: BREAKING: Man Killed At Alabama Mall Was Not The Gunman, Who Still Remains At Large