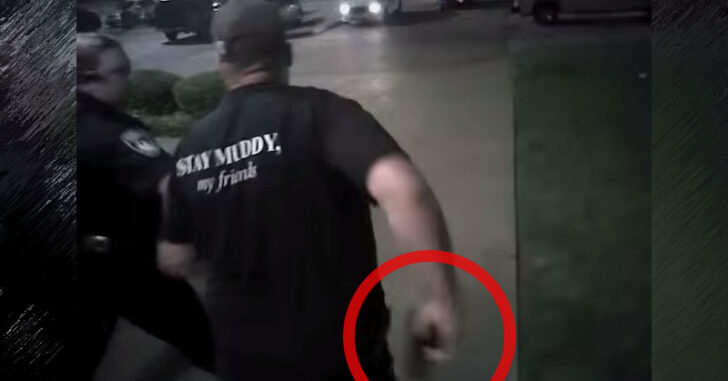 Police released video (above) of the altercation between officers and a man, 47-year-old James D. Bushey, outside a restaurant in Palestine that occurred on May 31st 2015.

The body camera video shows Sergeant Gabriel Green and Officer Kaylynn Griffin walking into an Applebee’s restaurant in search of a suspect in a theft case. When they find Bushey, who fit the description of the person they were looking for, they walked him outside to talk.

When they get outside, Officer Griffin asks Bushey for ID. In the video, we can clearly see Bushey put his hand in his pocket and produce a firearm. As soon as police see the firearm, they open fire on him, sending him to the ground.

It was later determined that the firearm was actually a BB gun. The question remains; Why did Bushey have –and draw– the firearm in the first place?

It’s likely something that we will never know, but this video shows us just how quickly things can change. It’s a tragic reminder to the importance of situational awareness.

Previous article: Home Invasion Survivor: "Guns saved my life and I was against guns. I now carry." Next article: 17 Feet Down, 73 Guns Later - Cat Burglar Busted On His Getaway Tricycle