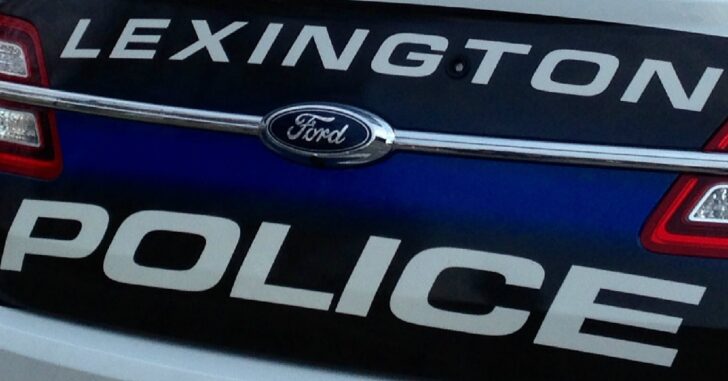 LEXINGTON, KY — A man was shot and killed after breaking into not one, but two different apartments in the area in which he lives, according to the Lexington Herald-Leader.

Apparently, the now-dead man lost his marbles after his wife left him, and he turned to breaking into tenant’s homes to try to remedy the situation, or maybe avenge himself.

I can certainly get heartbreak, but good grief. This is crazy.

As the Lexington Herald-Leader reports:

Based on preliminary investigation, it appears Woods was shot after he entered another tenant’s apartment, police said. That resident remained on scene and was interviewed by detectives, according to police. Several witnesses said Woods attempted to enter or entered other apartments in the building where he lived before the 6:45 a.m. shooting on the 100 block of Constitution Street, near Martin Luther King Jr. Boulevard, police said.

Kevin Taylor, who owns a barber shop at the corner of Constitution and North Martin Luther King Boulevard, next to the 10-unit apartment building, said the man who was shot had been behaving in an agitated way in the last few days since a female companion left. Before he walked into the apartment where he was shot, he got into the apartment of another tenant, who called police, Taylor said.

“It’s a clear-cut case of self defense,“ Taylor said. “He’d been walking around here threatening everybody. He’d been coming to me every day asking if I’d seen anybody picking his wife up … She moved out, she left him just the other day. When she left, he absolutely blew a gasket.”

I do feel for a guy who loses it, but what this man did that resulted in his death seems to be full-on paranoia. That just doesn’t fly.

If you have a traumatic event in your life, and you’re concerned that your conduct might drastically change in any regard — call a friend. Get out of the house. You will be glad that you did.

Previous article: Road Rage Incident Requires 24-Year-Old Female Motorcyclist To Use Her Firearm In Self-Defense Next article: #DIGTHERIG - Brad and his H&K USP Compact in a JM Custom Kydex Holster