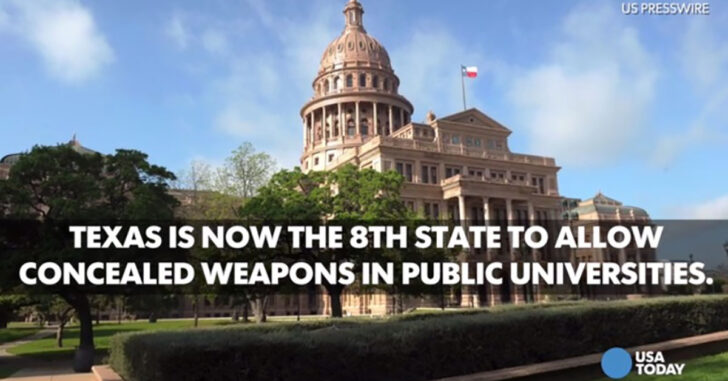 EL PASO, TEXAS — Last year the Campus Carry Law, Texas Senate Bill 11, went into effect for 4-year schools across the state. Starting today, community colleges are also added to the list that allow campus carry. These schools were given an additional year to comply with the new law.

Private colleges and universities are able to opt out of the law if they choose to do so.

Handguns now will be allowed on all college and university campuses statewide for licensed carriers, but the pistols must be worn under clothing or placed in a purse or pack that a person is carrying. Openly showing a gun, including in a holster that is substantially visible, anywhere on campus still will be illegal, [Capt. Joseph Barragan of the El Paso Community College police] said.

Of course anyone looking to carry will need to first have their concealed carry permit, but it seems that students and faculty can feel safer and more secure with the knowledge that law-abiding citizens are armed and walking among them.

It’s the best –and quickest– deterrent to a potential mass shooter.

Previous article: #DIGTHERIG - Jeff and his Smith & Wesson .38 Special in a JM4 Tactical Holster Next article: Thuggary Doesn't Pay Off; Robber Shot With His Own Gun By 60-Year-Old Victim