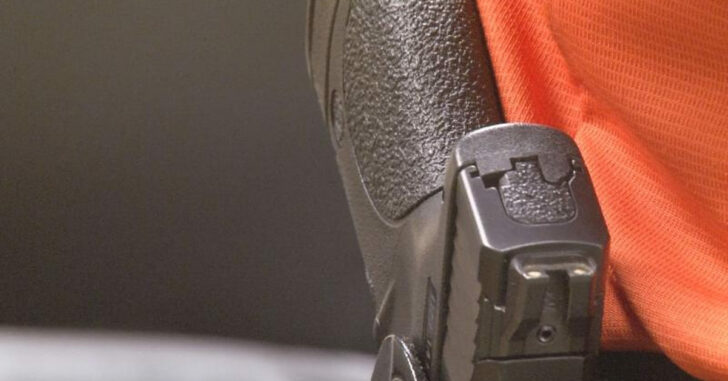 PARKERSBURG, WEST VIRGINIA — Concealed carry into a church? No problem. The problem, according to the Parkersburg Police Chief, was when one licensed concealed carrier drew his firearm and pointed it at the ceiling for a church photographer. This caused a certain amount of panic in the onlookers and caused a commotion.

The concealed carrier in question was arrested and charged by police for brandishing his firearm. That firearm is likely well forfeited as well as the license that went along with it.

via The News Center

“Even though you have a permit, or you’re just carrying a concealed because you’re allowed to, you need to still use common sense and take other peoples’ feelings under consideration when you’re out in public or in a private setting such as a church, or business, that does allowed you to carry concealed,” said Parkersburg Police Chief Martin.

An armed civilian is a great thing. Being a responsible concealed carrier means understanding the nuances of how people perceive you. You can’t control the thoughts and actions of other people but you can certainly influence them. While you are absolutely right in your choice to defend your life through the use of a concealed firearm, other people need to understand you’re on their side as well. Idly drawing and brandishing a firearm in public can be misconstrued in a number of ways. It’s also illegal in a lot of places.

While it’s unknown if this concealed carrier lost his license to carry as a result of this action, the news did report that he returned and apologized. It’s our guess that this was a serious lapse in judgment. We all have lapses in judgment but with firearms, those lapses carry heavy consequences. It’s better to pause and consider how an action will affect others than it is to regret that action — especially when it’s NOT a life-or-death situation.

Learning to listen to an impulse rather than always acting on it is an essential fine skill that we all are continuously working on. May this concealed carrier learn from his mistakes and we all learn a valuable lesson on how to conduct ourselves in public.