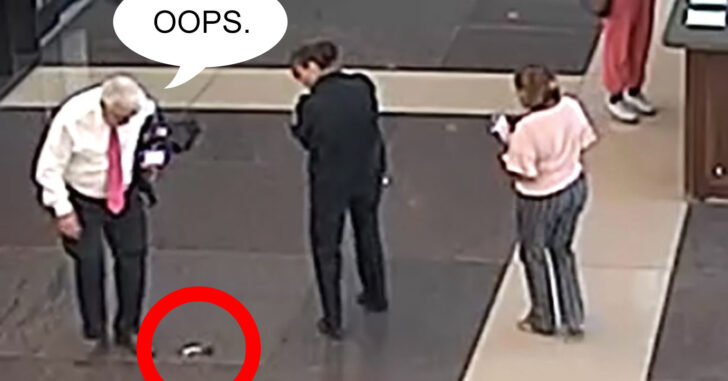 COOK COUNTY, ILLINOIS — A judge is under some heat after dropping his firearm on the floor while entering the lobby of the courthouse. It was all captured on camera, and a few things went wrong with today’s Irresponsible Gun Owner.

Claps was walking in the lobby of the courthouse at 26th Street and California Avenue on July 3 when two deputies noticed a handgun fall out of a jacket draped over the judge’s arm, according to a sheriff’s incident report.

Security cameras captured the gun tumbling out of Claps’ jacket as well as the judge picking up the silver pistol and putting it in his pants pocket, the report said.

He has since been hit with a “Class B misdemeanor offense of carrying a concealed weapon in a prohibited area.” Why am I giving him an Irresponsible Gun Owner Award? There are a few reasons.

From the video, seen below, I can’t tell whether or not the firearm had any type of holster with it. If it didn’t, shame on bad carry, especially considering he put it in his pocket after dropping it.

Whether you’re a judge or a regular everyday guy, we should be mindful of the laws. We should also be mindful of how and where we’re carrying our firearm, because the last thing we want to happen is to have it easily fall out of a pocket and onto the floor. There’s really no excuse for this happening.

Previous article: Customer Goes Home, Retrieves Gun, Goes Back To Store, Stops Robbery; All Before Police Arrive Next article: Man Forced to Shoot German Shepherd Because Its Owner Couldn't Bother to Contain It