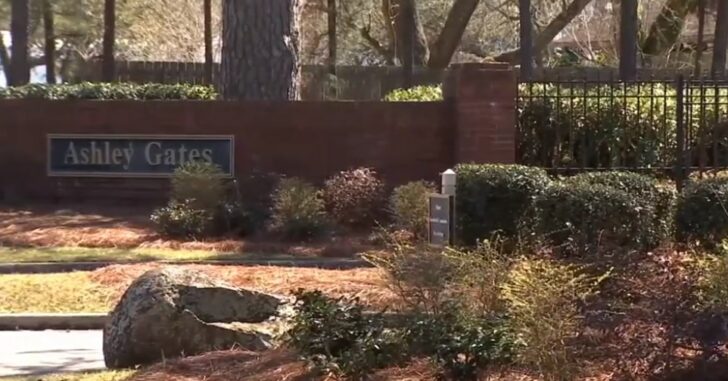 DAPHNE, ALABAMA — A 911 call to Daphne Police call shortly after 11:00 p.m. Wednesday sent DPD officers rushing to Ashley Gates apartments after gunshots were reported and could be heard in the background during the call. When the gunshots stopped, an armed intruder was dead, shot in self-defense by an occupant of the apartment.

Neighbor Coco Osborne was getting ready for bed when she heard the noises. “Initially, we weren’t sure what it was. We thought it might have been the backfire of a vehicle but then heard a consecutive shot. There may have been a third and maybe 30 to 60 seconds and then we heard additional shots,”.

Sergeant Jason Vannoy stated, “While our officers were on the way to the apartment shots were being fired and the male entered the apartment and was shot by another male and killed.”

Officers arrived to find 32-year-old Jeff Vincent dead inside his ex-wife’s apartment and determined that as many as 15 shots had been fired in an apparent domestic dispute. One bullet entered another apartment but did not result in any injuries to neighbors

Vincent showed up at the apartment and began banging on the door, then shot through the door multiple times with the AR-15 rifle in his possession. He then broke into the apartment, with Vannoy saying. “It looks like he broke the door in with the butt of the rifle.”.

Upon entering the apartment, he got into a gunfight with another male, identified by police as his ex-wife’s boyfriend. Vincent apparently had no regard for the safety of his 8-year-old daughter who was also inside the apartment. “Definitely could’ve been a lot worse,” says Vannoy.

Reflecting on the incident, Coco Osborne says this kind of violence can happen anywhere. “Old Town Daphne is definitely a place where we feel safe and comfortable, and this was definitely an anomaly.”

No charges or arrests have been made in this case and investigators do not expect there to be any. The district attorney’s office will review the case when the investigation is completed.

Previous article: Armed Homeowner Defends Himself Against 6 Intruders, Including His Granddaughter, After They Target Him For Money To Bail Friend From Jail Next article: 31-year-old Woman Shot as She and Three Teens Break into Apartment Intending to Assault Occupants