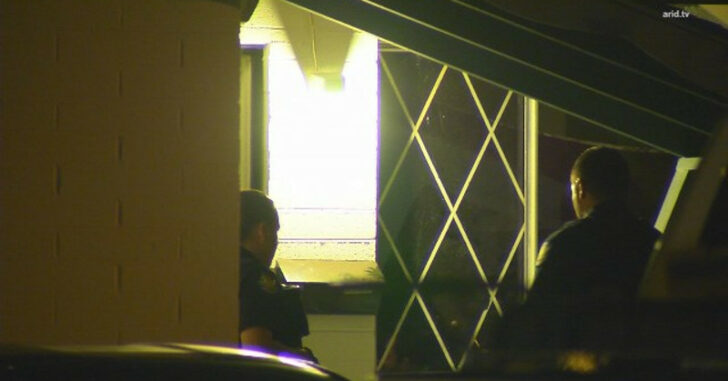 PHOENIX, ARIZONA — While police are still sorting out the details, it appears three men have been identified in the unlawful entry into a Phoenix man’s home.  According to sources at 3TV NEWS, Tommy Ephrim, 43, Angelo Miller, 19, and one unnamed assailant arrived on the doorstep of a homeowner wishing to “discuss” their disapproval of his adult relationship with another person.  What prompted the homeowner to open his front door to address these gentlemen is beyond our knowledge but it sure didn’t end well for anyone.

“When the victim stepped out of his house, he was attacked by the suspects, who followed him into his home,” Phoenix Police Sgt. Vince Lewis said to 3TV NEWS.

The homeowner reported to police that he saw one of the men had a knife and when they barged in through his front door, he pulled his handgun and fired an indeterminate number of shots into the first one through the door.  That man is currently awaiting to be booked by Phoenix police after he recovers from critical wounds.

The other two men fled the scene and have since been identified by Phoenix police.

There’s a lot still to be determined in those muddy waters but one thing is clear – showing up to a man’s front door expecting a parlay means you best be on good behavior.  And as for the homeowner, if there’s a doubt in your mind this could turn into anything less than a cordial discussion about the merits of love-making between consenting adults – don’t open the door.  That’s a discussion best held at a Starbucks or something.