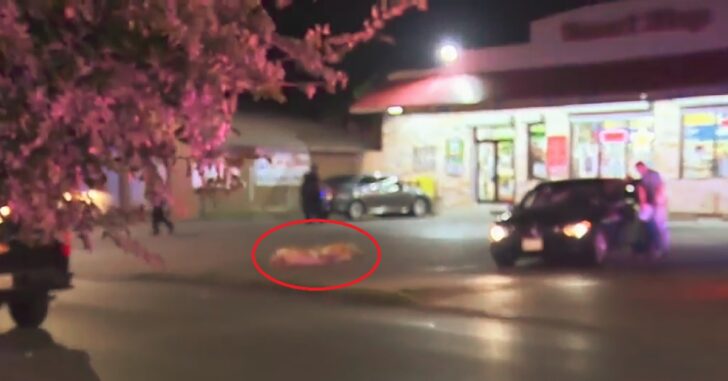 SAN ANTONIO, TX — A San Antonio convenience store was the site of a gunfight earlier this month, carried out in part by a concealed carrier, KSAT reports.

Two people were hurt, one fatally. However, only one of those injured was involved in the fight.

Police said that a man with a concealed handgun license walked into the Smart Stop convenience store in the 200 block of North New Braunfels Avenue around 9 p.m. and that a man followed him into the store.

A bystander who was leaving the convenience store was shot in the back. That person was taken to San Antonio Military Medical Center. Police said that the man with the concealed handgun license is cooperating with authorities and that it’s unclear whether charges will be filed. Two guns were recovered from the scene.

It’s possible that the bystander was wounded by the attacker, but let’s break this down for a second:

1. The attacker followed the concealed carrier into the convenience store.

2. The attacker fled the store through those doors, and would soon thereafter pass away in the parking lot.

Combined, there is no saying definitively that the concealed carrier was the man who injured the bystander, but it is a stark possibility.

I’ve said it once, I’ve said it a thousand times. You have to keep an eye on your target, and what’s behind it.