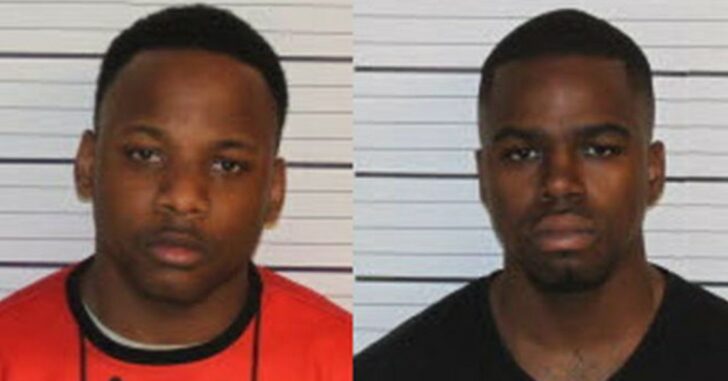 MEMPHIS, TENNESSEE — A responsibly-armed, vigilant citizen found himself with his own life threatened by a pair of thugs looking to rob him and his family.

The robbery didn’t go as the assailants were hoping — what with the armed citizen and all.

It happened on the 3700 block of Lamar close to Knight Arnold near Oakhaven. Court records said Robert Coats and Williams Spears were arrested and charged with aggravated assault and attempted robbery. Police tell FOX13 two armed suspects attempted to rob the person at the Region’s Bank, but they were met with gunfire. They tell us no one was injured. Jawone Grice is a truck driver, and tells us he knows the area well.

“From that light on back you can find anything,” he said. “Prostitutes, drugs, people that want to rob you.”

He says that’s why he was trained and now has his carry permit.

It isn’t everywhere in the United States that you are permitted to carry, concealed or otherwise, inside of a bank. I couldn’t carry in my state, and my life would very well be in the hands of whoever waltzed into the bank with a gun. I’ll be honest — even if the robbery occurred outside the bank I may well still be in trouble if it was the only errand I was running.

It is a well-known fact to those within the firearm community that the very idea of restricting the places where a man or woman can carry their defensive tools is grossly irresponsible.

As more of these stories come to light, we can pray that ridiculous restrictions are lifted.

Previous article: Elected Official Shoots Out Anti-Gun Flyer With This Hilarious and Horrifying "Fact" Next article: Burglar Who *Really* Doesn't Know How to Be Sneaky Gains Lovely New Scar