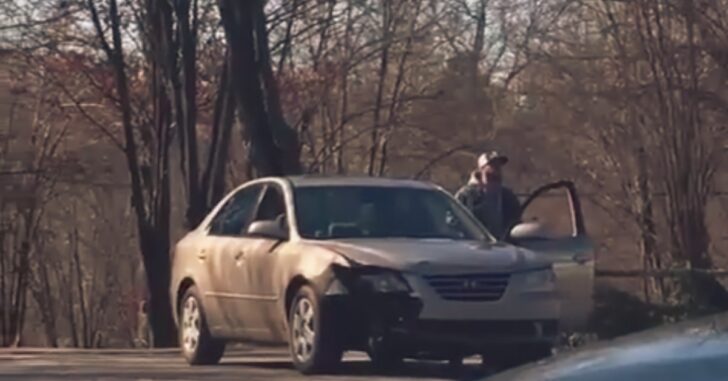 CATAWBA COUNTY, NC — In early February, a trio of thugs including one 17-year-old tried to rob another teenager at a residence in Catawba County, North Carolina.

The teenager, also 17, armed himself and fired back, hitting the teen four times and killing him.

Now, the teen assailant’s family doesn’t care that Shane Cauthen threatened another human being’s life — not only did they return to the scene of the shootout, they reportedly caused some of the victim’s family to fear for their lives.

As the Lincoln Herald reports:

The Catawba County Sheriff’s Office issued a news release late Friday saying that after interviewing witnesses and examining evidence, investigators had determined that three young men had attempted to rob a person at the residence on Fairview Drive and in the exchange of gunfire that occurred, one of them was mortally wounded.

The deceased youth was identified as Shane Cauthen. His accomplices were identified as Dylan Lee Gates and Cory Aaron Ingram. Gates and Ingram are 22, Cauthen was 17-years-old. All three had Lincolnton addresses.

Captain Brian Kelly with the Catawba County Sheriff’s Office Criminal Investigations Division said with the assistance of the Lincoln County Sheriff’s Office and Lincolnton Police Department, Gates and Ingram were arrested Friday and charged with attempted robbery with a dangerous weapon. They were jailed, each under a $25,000 bond, pending a district court hearing in Newton Monday (Feb. 12th).

The investigation into the case continues, but the Catawba County Sheriff’s Office said it appears the trio went to the home in the 4000 block of Fairview Drive with the intent of robbing another 17-year-old at that address. Cauthen, they say, fired a shot at the teen they intended to rob and he fired several shots in return. Cauthen was shot four times. Lincoln County Sheriff’s deputies found him in a vehicle stopped on the side of the road; he was transported to CHS-Lincoln but he was pronounced dead there.

It’s not bad enough one life was lost because of three people’s collaborative horrible mistake — according to WSOC-TV, Cauthen’s family doesn’t believe that the case was one of self-defense and wants someone charged.

“I think they should be charging (the victim). If somebody gets shot four times, I mean, that was aiming at him,” Cauthen’s grandmother Diane said according to WSOC-TV.

I get the growing feeling that Diane might not understand how self-defense laws work.

Although a grieving family is certainly understandable, what the Cauthen family did after Shane’s death is completely inappropriate.

After the shooting, the victim’s family stayed with him for fear of further attacks — a measure that many families would take during a major incident like this.

Cauthen’s family thought it was appropriate to visit the residence in numbers, ostensibly to mourn, but again — these are folks demanding justice for an attempted murderer.

The incident reached a climax when the victim’s brother stood in the driveway with an AR-15 and repeatedly asked the Cauthens to leave, according to WSOC-TV.

Deputies said they did not charge the AR-15-wielding man because he reasonably felt his life was in danger — and it’s hard to blame their call.

Listen — it’s a tragedy that Shane Cauthen fell in with the wrong crowd and did the thing that he did. It’s horrible, and it was a preventable death.

But you don’t take out tragedies like this on the injured party.