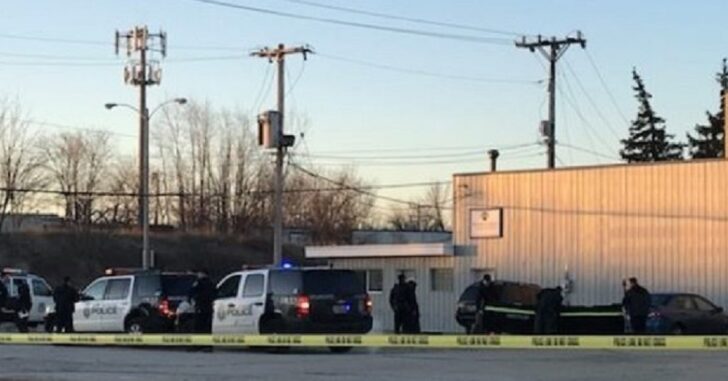 MILWAUKEE, WI — A Milwaukee thug made the mistake of his life trying to make some easy money off a morning commuter on his way to work, WISN reports.

That commuter was just trying to make his way into his place of work, but he was a permitted concealed carrier, he was an armed employee, and it cost his assailant his life.

A man fought back and shot another man who was trying to rob him early Monday in the parking lot of Milwaukee MachineTool Corporation in the city’s northwest side Silverswan neighborhood, police said.

In a statement, Milwaukee police said a 21-year-old man died outside the business near North 91st Street and West Flagg Avenue shortly before 6 a.m. He was identified Tuesday as Carlos Martin.

The shooter, described only as a 24-year-old man, remained on the property cooperated with police, the statement said. A person who talked to staff inside the company told WISN 12 NEWS that the shooter is an employee who had just arrived at work when he was approached by his attacker. The employee had a concealed carry permit, the source said.

A Medical Examiner scheduled a Tuesday autopsy for the man who died. Police said the shooter and the victim didn’t know each other.

That’s a pretty early work morning for the concealed carrier — hat’s off to him.

More notably, however, is the man who was attacked in his business park’s parking lot was on the way to being an armed employee.

This might not be a case of an armed employee saving the lives of his co-workers in his place of work, but it might as well be.

If this thug hadn’t tried to get the drop on this guy, there’s little doubt he just would have picked someone else. The odds of that other person being armed as well are not too high.