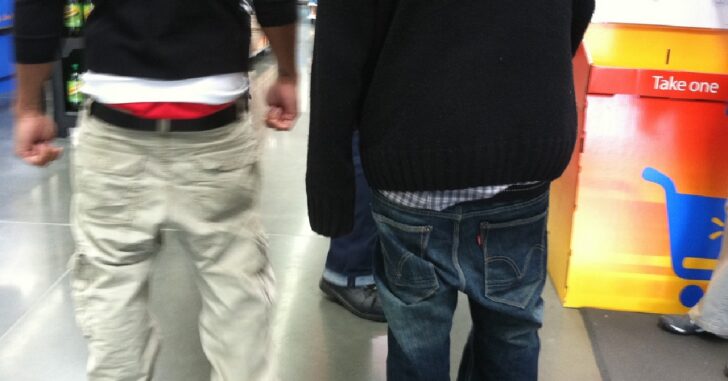 DALLAS, TX — A man was shot twice after getting into an argument on a transit train with a total stranger over the way he wore his pants.

The man didn’t care for the saggy-pant style. The other man didn’t care to be told what to do, apparently to a completely insane degree, and neither of them has the emotional intelligence to just leave the other be.

The shooting happened around 5 a.m. near the Pearl Street Station at Pearl and Bryan streets in Downtown Dallas. DART police say 19-year-old Travonte Martin shot a man after an argument. Witnesses say Martin’s pants were sagging and the victim told him to pull them up. About 50 other commuters were on board when the shooting started.

“The suspect pulled out a gun, shot him twice, ran off the train and threw away the gun,” explained DART spokesman Morgan Lyons.

Martin was arrested a short time later. DART police found the handgun after an extensive search around the platform.

“There were cameras at the station,” Lyons said. “And that information helped us locate the suspect and move quickly.”… The victim was shot twice, but he is expected to survive.

Let this be a lesson to you all out there that hate saggy pants as much as I do — and I hate them — it’s really not worth getting into a fight over.

While turning around and shooting the pestering man was ridiculously, almost comically overboard, no one really has the right to tell someone else how to dress.

Of course not. However, 99 times out of 100 it’s best to live and let live when no one is being harmed and leave well enough alone.

Previous article: A Pragmatic Argument in Favor of Letting Teachers be Armed Next article: Son Targeted for Hit Brings Out Wrath in Homeowner Father