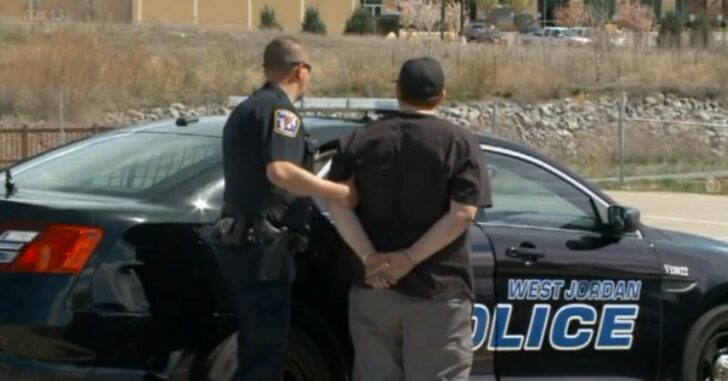 WEST JORDAN, UTAH — A man about to head out for a jog was interrupted when a clueless burglar didn’t realize the man was still in his vehicle before he tried to break in.

The armed citizen, known only as Dave, was shocked at what was happening as he was in the backseat of his car getting ready for his lunch hour jog.

He thought he was about to witness a car burglary, but then it got more personal.

The man started trying to enter the vehicle, and it is at that time that Dave loudly announced that he was in the car — and he was armed.

Dave says that while he kept his hand on his gun, he didn’t draw it. The announcement seems to have been enough to deter the man from entering.

The suspect, 26-year-old Corey Trujillo, was taken into custody and arrested for attempted vehicle burglary, drug paraphernalia and possession of methamphetamine.

Dave, if you’re reading this, we’d love to hear what your carry setup is while you’re out on the trail for a jog. It’s a topic that many people have a hard time finding a solution for.