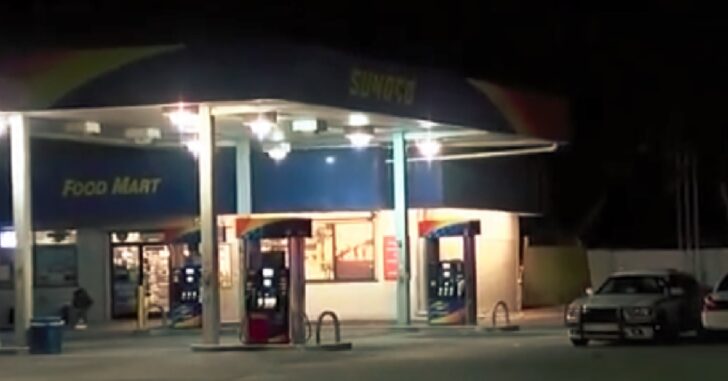 TAMPA, FL — A man trying to make some quick cash at a local gas station wound up terrified for his life when he encountered an armed clerk who was not afraid to pull the trigger on the man facing him down.

The fact of the matter is the man is lucky to be walking away with his life.

Tampa Police are investigating a shooting at the Sunoco gas station located at E. Hillsborough Avenue and 34th Street. Police said a man attempted to rob the gas station using a pellet gun early Friday. Officers said the clerk armed himself with his own firearm and fired at the suspect striking him in the leg. Investigators believe the shots were fired just outside the gas station door.

This is the real issue when someone tries to use a pellet gun, airsoft gun (orange tip muted, thank you very much), or any other firearm-looking item as a firearm, and this goes for well-meaning people just as much as it goes for thugs.

People are going to treat you like you’re carrying a loaded gun if you give them an excuse to, and the fact of the matter is any bad guy presenting that bluff is endangering himself far more than even an attempted robbery himself. Hell, the guy was practically begging to be fired on, and there wasn’t jack he could do about it except to run for the hills, which is a pretty tricky thing when shot in the leg.

There is a lot circulating these days about how guns, no matter where they are, are a threat. The fact remains that if we had more employees armed, like this clerk, we would have fewer people willing to become deadly threats to innocent people on a daily basis.

Previous article: FL Gunman: FBI Was Tipped Just Weeks Before Mass Shooting Next article: What to Put in Your Range Bag: the Basics