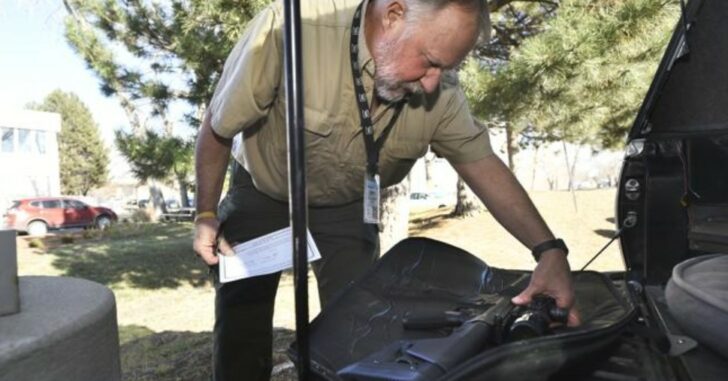 Back in May of this year, Boulder City passed a law that banned the sale and possession of ‘assault rifles’, high-capacity magazines and bump stocks. Any residents who own guns under the ban would be grandfathered in, but they’d have to certify their firearms with police to the tune of $20 for the first firearm and $5 for each one thereafter.

The deadline for certification is December 31st.

So far, Boulder Police have certified 85 of these so-called ‘assault rifles’. Out of that number, two people registered the same gun; a husband and wife.

Certification is not a registry; the department keeps no records or paperwork of any kind. The only information they have is a handwritten count, said Boulder police Sgt. Dave Spraggs .

And if you don’t comply…

City law allows for a fine up to $1,000 and 90 days in jail. Banned guns also could be confiscated and destroyed following a conviction.

They say that they’ll impose any fines and/or jail time on a case-by-case basis, meaning;

“The code gives officers discretion,” Carr said. “For example, if the weapon was discovered during an investigation of a crime of violence, I would think that it is more likely to be seized. If the investigation was for something more administrative in nature, I would expect most officers would advise the person of the law and how to comply.”

When January 1st rolls around, I can’t imagine the city has more than 200 of these firearms certified. New York State went through a similar process, and the numbers are so low that they won’t even make them public.

If you were a Boulder resident with a firearm on the ban list, would you head down to get your certification?

Previous article: Couple Happens Upon Robbery, Escape With Their Lives Next article: Officer Who Died During California Bar Mass Shooting Was Killed By Friendly Fire