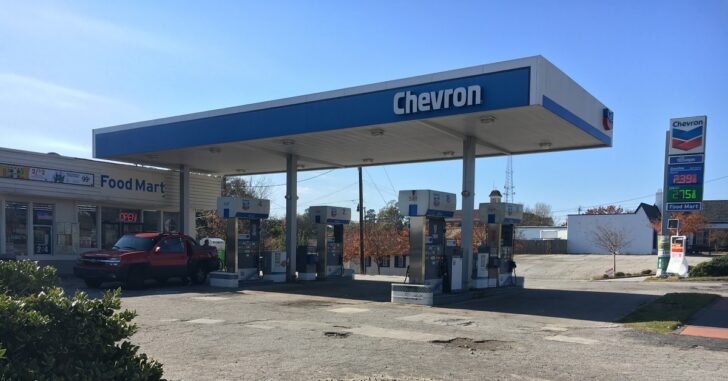 DOUGLASVILLE, GA — The worker at a local gas station was forced to shoot a would-be robber after he endangered the clerk’s life.

The clerk was drawn on by the thug, but the thug was unable to get his shot off first.

When officers arrived on the scene, they found the armed robbery suspect on the ground in front of the store, suffering from a single gunshot wound.

Regular customer, Darrell Haley, said he worried about the clerk he sees every day, with a smile, from behind the counter.

“The guy just come (sic) in like five minutes after I walked out; walked in with a gun–brandished a gun, said he was going to rob the place. (The clerk) pulled his and shot first. You know, self-defense,” Haley said, who lives just down the road from the gas station.

“Next thing I know the whole parking lot is lit up with cop cars, detective’s cars, everything — guy laying on the ground shot and it just worried me that it was my buddy.”

Harry Charles, another loyal customer, who calls the clerk his good friend, made his way to the station to see what happened.

“I called him and he didn’t pick up. I was worried about that. That is why I stopped here this morning. But I’m glad he is OK and he did what he had to do,” Charles said.

The store clerk was not injured and Darrell attributes that to the clerk having gun nearby.

Once again we see a responsibly-armed citizen ready for the moment we hope we never see. For those who work in retail or in the service industry — occupations in which your interaction with the public leaved you vulnerable — stay safe. Carry on the job.

Previous article: Fugitive Tries To Carjack Couple. The Husband Gets Out With A Surprise For The Thug. Next article: Is Diversity A Bad Thing? ...Carrying Concealed In More Than One Caliber