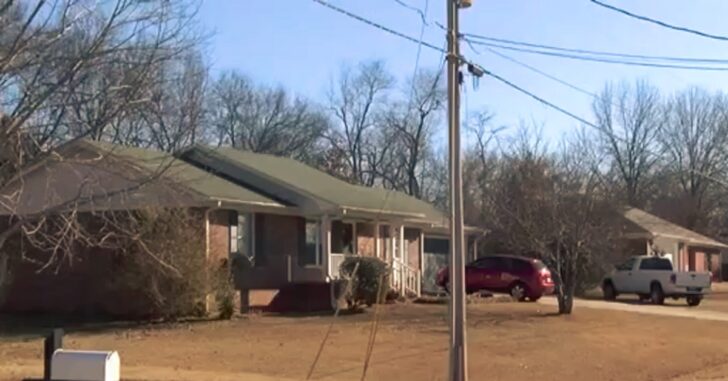 MAYSVILLE, AL — An Alabama homeowner’s future is in danger after he opened fire on a pair of thieves who were attempting to steal his trailer which he used for work.

The problem is — he opened fire on people who weren’t threatening, and retreating.

Homeowner, Ashton Gallagher, who caught two men stealing a utility trailer from his home shot at them, hitting one of the men, deputies said Wednesday. He was eating and heard noise outside. He looked at his surveillance video and went outside to contront the thieves.

“I grabbed my gun and headed out here and was like, Hey ya’ll need to drop my trailer. I said it more aggressively than that,” said Ashton Gallagher. That’s pretty much how I make my money. I do landscaping. So that’s part of my living. If that’s gone then I have to go through everything else to get it back,” Gallagher said.

Deputies were called to a home on Eva Court around 1 a.m. Wednesday after gunshots were heard in the area. The homeowner called while deputies were on the way to the home and said he caught two men hooking a truck to his utility trailer, so he got his gun and shot at the vehicle, authorities said.

Vaughn ran when the shooting started, according to deputies. Bradshaw was able to drive away from the home but abandoned the vehicle at Maysville Road and Cooper Drive because a tire was shot, deputies said.

Vaughn was shot under his arm, deputies said. He was treated and released from Huntsville Hospital and then booked back into the jail.

Madison County Lt. Donny Shaw said the Alabama Code Title 13-A justifies the use of force for citizens if they feel their life is in danger. Now the district attorney will review the case and it’ll be presented to a grand jury. They’ll determine if Gallagher will be charged with anything.

“I’m aware of everything, but at the same point I don’t see how I’ll be in the wrong. Mainly because, I’m defending my family and my property. I don’t see myself being in the wrong at all,” Gallagher said.

He may not think that he wasn’t in the wrong, but he totally was — at least from a legal standpoint.

If someone is outside committing theft — that’s awful. Especially if it’s something that you make money from.

It being awful is not the same thing as it being justification for firing on retreating thieves. There is no threat here, at least as far as I can see. There is no report of anyone being armed.

This is really not looking good for Gallagher.

If I were to guess, charges will be pressed, which is all the more frustrating because of just how much the thieves were doing to Gallagher.

It’s not enough to be armed and vigilant. You have to be armed, vigilant, and judicious.

Stay careful out there, folks.