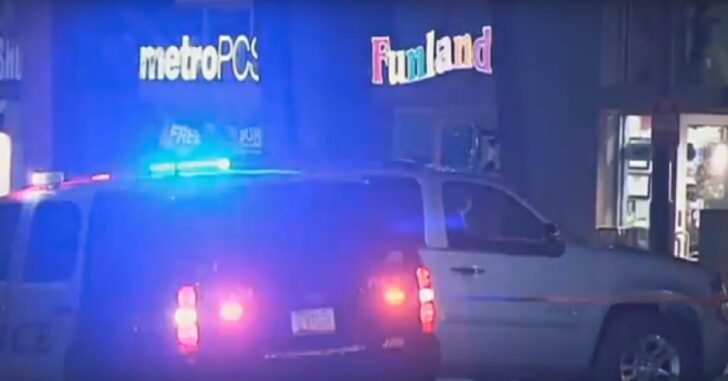 TUCSON, AZ — A man was shot and killed when his son decided to stop an armed robber at a local Tucson shop, reports KVOA.

What’s even more tragic is that it appears that the shooting took place after the point it was necessary to neutralize the threat to people’s lives.

The shooting occurred outside of Raspados Funland, 702 W. Irvington Road, near Irvington and Interstate 19 around 8:30 p.m., according to Sgt. Pete Dugan with the Tucson Police Department.

Witnesses told police that a Hispanic man robbed the cashier with a handgun, before taking off with money. An armed customer confronted the suspect as he was leaving. Multiple shots were exchanged between the customer and the suspect.

The customer’s father, 61-year-old Anthony Quintela, was hit by the gunfire. He was transported to Banner-University Medical Center where he died shortly after arriving. The customer was not hurt and the suspect has not (been) located.

What’s the critical part of this story, here, beyond the lost life, that changes the narrative completely?

It’s when KVOA makes it clear that the robber was attempting to flee the scene before he was confronted with deadly force.

If the robber had a firearm in the cashier’s face and he was confronted then, bravo. That’s proper defensive gun use.

Once the incident gets to the point that the robber — who got away anyway — tried to flee the scene. Unless that guy was still actively threatening the lives of others — which certainly is possible, if unlikely — re-escalating the conflict was a poor choice, and his father paid for it.

Knowing when to draw your firearm is every bit as important as knowing what to do with the thing.

In both cases, when done wrong the odds of innocent life being lost increases dramatically.

Previous article: Vegas Parking: Person Shot And Killed In Self-Defense Over Parking Space Next article: 5 Factors Many Police Look At After A Defensive Gun Shooting