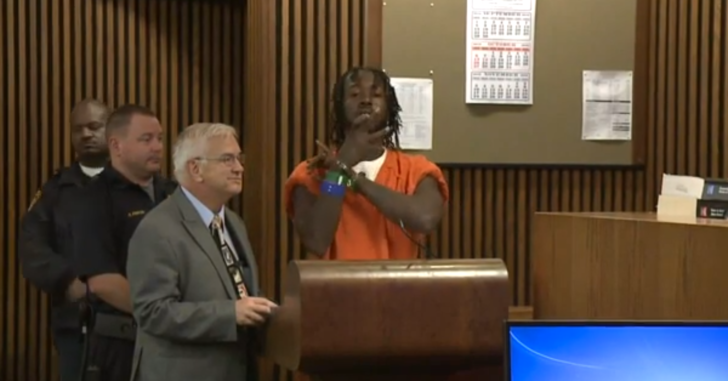 CLEVELAND, OHIO — What a tragedy for this family to have to endure. Not only do they have a violent career criminal for a son, but now they have a dead daughter because of him; with more violence possibly to come. Sadly, all of this was over possession of a car.

In the days leading up to the shooting, Swanson bought a car that his sister and her boyfriend took, according to court records. Swanson was angry and threatened to kill Hill, court records say.

Hill, 26, and her boyfriend on Thursday drove to her father’s house. Hill was already there and opened fire on both, according to court records. Several people were standing outside the house when the gunfire erupted.

Can you imagine this scene? A brother waiting at the parents house, while other people are standing around, to ambush his sister and her boyfriend with the intent to kill over a car that was taken without permission. Even if you want to consider the car stolen, murdering the person who took it is quite excessive; especially considering it was the shooters own sister.

When the sister and her boyfriend arrived at the home, a shootout occurred between Swanson and the boyfriend. After shooting and ultimately killing his sister, Swanson fled on a bicycle. The boyfriend gave chase in the car, presumably hoping to finish the shootout, but lost Swanson in the pursuit.

The father, who was home at the time, rushed out and tried to provide medical care to his daughter while the ambulance was on its way. Unfortunately, his daughter would not make it and died from her gunshot wounds.

It took several days but eventually when the police caught and arrested Swanson he said that his intended target was the boyfriend and not his sister. During his court arraignment he had several strange outbursts demanding his bail be set in the billions of dollars.

Swanson has a criminal history that includes a five-year prison sentence for carjacking a man at gunpoint in 2006. He has also been involved in a high-speed chase with police, stalking a woman, and threatening to kill a jail officer while awaiting trial. With a rap sheet like this, we can safely assume he possessed his firearm illegally.

When gun owners are asked why they carry firearms and we answer it is to protect ourselves, it is precisely people like Swanson that we are trying to protect ourselves against. The man murdered his own sister in cold blood over a car; can you imagine what he would do to us or our families for less?