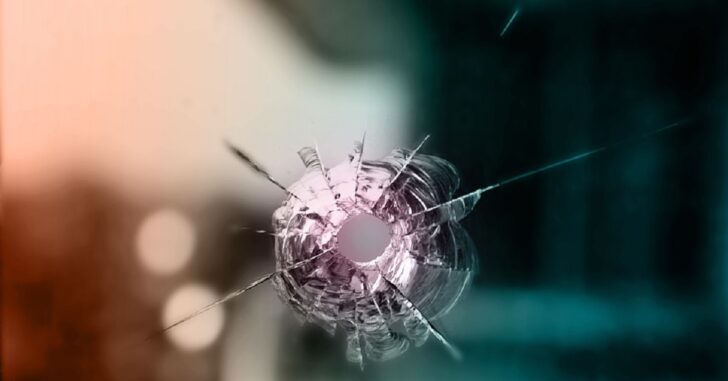 SPANAWAY, WA — When a husband and father in Spanaway, Washington woke up to noises outside his home in the middle of the night, he did what any of us would do — he investigated.

His investigation put him less than a foot away from a convict.

The homeowner, who did not want to release his name, told KIRO 7 it was terrifying to come face to face with the suspect around 2:18 a.m. Monday morning. According to investigators, the man and his wife were sleeping in their house with their infant and toddler when they heard noises and footsteps outside and saw an exterior motion light turn on. The man went to his children’s bedroom and saw an unknown man standing in the window well.

“My wife and I are still kind of in shock,” he says, “I opened a curtain and there was a threat immediately in my face.”

He pulled back the curtain and saw the suspect was crouched down with his face within inches of the glass, detectives said. After reportedly yelling at the suspect to stop, the homeowner fired four shots at the suspect, hitting him twice. He told deputies he was in fear for his family’s safety.

“That’s just the primal instinct as a man to try to protect my family and my wife,” he says, “I’m willing to put my life out there to make sure my wife and my sons are protected from that threat.”

When deputies arrived, the suspect was laying in the grass suffering from two gunshots. Pierce County investigators immediately recognized the suspect, who had just been released from jail…

The suspect, a 24-year-old man, is “well known to deputies in the area and to property crime investigators.” Detectives say he was recently released from jail after serving a nearly one-month long sentence for car prowling… The homeowner who shot the suspect says he hopes parents remember what his family went through.

“It’s OK to have a weapon in your home and protect yourself and your family,” he says, “If I know that I can sway someone’s thoughts to help them protect their family better and they live, then my job here is successful.”

It’s a pleasure to see someone like this man, someone who is willing to do anything to defend his family, try to inform families about just how much being responsibly-armed can do to protect those we love.

KIRO 7 reports that this man had also just recently been released from prison, and that night had attempted to burglarize at least one more home.

It just goes to show — when we are responsibly-armed, we not only help our families, we help entire communities.

Previous article: Walmart, Kroger, Join DICK'S With New Policies That Refuse To Sell Firearms To Those Under 21 Next article: AMBUSH: Dallas Homeowner Forced into Gunfight While Still in His Own Car