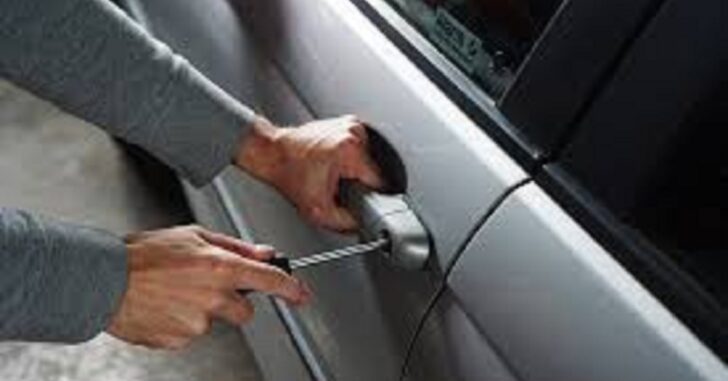 Visalia, CA — A man was shot after not only attempting to burglarize a man’s vehicle, but attacking the man who confronted him afterwards.

It was a bad call, and the thug later identified as Nicholas Wilkerson was lucky to get out of the situation alive, even if he’s headed straight to jail.

As the Visalia Times-Delta reports:

Officers were called just after 3:30 a.m. to a home in the 600 block of East Oakridge Court. Witnesses told police there had been a shooting in the area.

When officers arrived, they learned 37-year-old Nicholas Wilkerson had been shot. He was rushed to Kaweah Delta Medical Center. Officers with Visalia’s Violent Crime Unit were called to investigate. After interviewing several witnesses, detectives uncovered the motive behind the shooting, a burglary.

Witnesses told police Wilkerson was attempting to burglarize a vehicle parked in the driveway of the home when the homeowner caught him. The owner was armed with a gun, Sgt. Kevin Kroeze said. The confrontation escalated and the homeowner opened fire.

Wilkerson was hit once. The injury was not life-threatening, Kroeze said. Once Wilkerson is released from the hospital he is expected to be booked into Tulare County Pretrial Facility on suspicion of vehicle burglary.

There’s one part of this story that really highlights the presence of mind of the armed individual in this situation, and I think you guys probably know it already.

He didn’t come out shooting, and he didn’t shoot the criminal until things escalated.

Now, in the past I’ve always advocated shooting first and quickly, and especially in instances of vehicle burglary I could see the potential for confusion among shooters as to when to fire.

Here’s the general rule, and it’s common sense and easy — on paper. Wait to pull the trigger until you’re absolutely sure there’s a deadly threat there.

If your car is being broken into and no one is in said car, there’s no deadly threat yet. Call the police, but do not pull the trigger until that bad guy gives you reason to do so that would make any slap-happy prosecutor queasy at the thought of going after you.

Stay safe out there, folks. That means legally, too.

Previous article: 10 Ways To Get Kicked Off The Range -- If You're Lucky Next article: How To Price A Used Gun