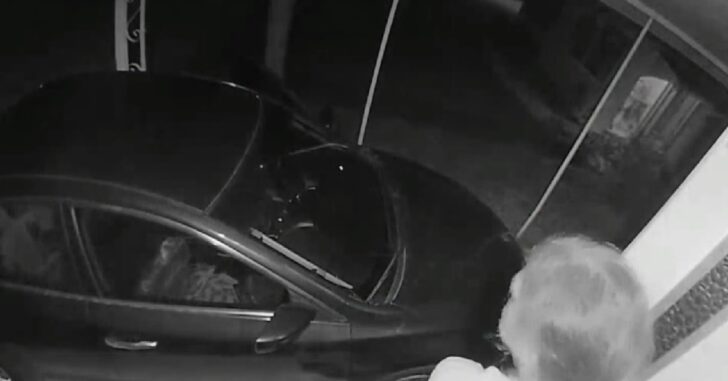 ST. PETERSBURG, FL — A man scared the ever-living daylights out of some teen thugs when he approached them armed while they tried to loot his vehicle.

Fortunately, he didn’t have to use his defensive tool, and justice is well on its way.

As reported by ABC Action News:

Jesse Giles says he was awake inside his home around 1:00 a.m. when his motion sensitive light went off in the driveway. He grabbed his gun and opened his front door. He saw a teen in his car looking for valuables. “I just reacted. My first reaction was to protect myself and to make sure if these people were armed, I had my weapon and I could react,” said Jesse Giles.

The teens saw the armed homeowner and took off. Pinellas County deputies said the teens were located about 8 blocks away. The suspects had opened an unlocked vehicle in the homeowner’s driveway in The Highland Mobile Home Park community. Deputies arrested 18-year-old Damien Pyles and a 17-year-old. The teens face burglary charges.

Giles says he did not shoot because he didn’t fear for his life. He hopes the gun made a lasting impression.

“Hopefully, they’ll learn a lesson. The impression of me coming out with a firearm maybe that will change them for the good,” said Giles.

It stinks to have your car rummaged through. Actually, it happened to me last week.

They got away with exactly $10.00 worth of car charger.

I wasn’t too upset.

However, had I been witness to the rummaging, I would hope to have the presence of mind to do exactly with Giles did: secure his own safety, and not pull the trigger.

Hopefully, these kids will wizen up after this ordeal.

Previous article: Murder And Gun Charges Dropped Against Armed Homeowner Who Shot And Killed Intruder Next article: Concealed Carry And The Holiday Season - When Waistlines Meet Waistbands, Part I