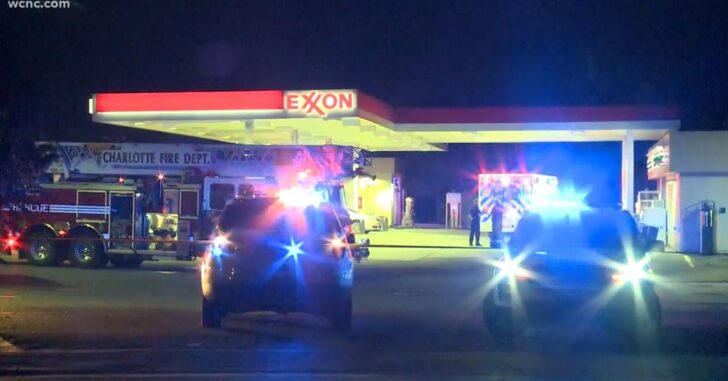 CHARLOTTE, NORTH CAROLINA — A concealed carrier at a gas station during a robbery, waited his turn to make a move. While inside the store, two armed robbers came in and put a gun inches away from the armed citizen’s face.

He complied and gave the robbers his belongings. Well, everything except his gun.

As the suspects, identified as 16-year-old Qwanterrius Stafford and 17-year-old Brenna Harris, turned to rob the store clerk, the customer pulled out his concealed weapon and shot the suspects, according to investigators.

Stafford later died at the hospital from his injuries. Harris took off after the incident, injured, but was later caught by police after he sought treatment at a hospital.

We don’t have any video footage from this robbery attempt, but it seems that this customer waited his turn. During the robbery, he complied with the two teens, as he was faced with a gun pointed at his face. Had he tried to make a move at that point, he could have easily been shot.

His patience won, and waited for the right moment to draw his firearm and take his shots. That patience was the right choice.

The customer told police that it was a choice of kill or be killed.

This is one of those cases where I see a huge advantage of concealed carry over open carry. If this armed citizen had been openly carrying his firearm, at the very least the bad guys would have a brand new gun. In the worst case, they would have seen the gun and shot the guy immediately in order to take out an obvious threat to them.

Carry on. You never know when your day is going to change.