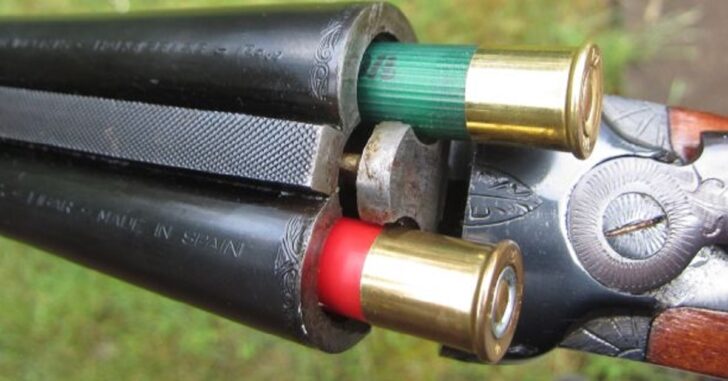 It’s important to relay the stories we have to the firearms community to better understand what constitutes proper gun use, and what mistakes are out there being made on a regular basis that we can learn from and avoid.

That’s why we have an archive of violent crime on Concealed Nation — we all need to be learning, consistently and constantly.

I recently found a case of defensive gun use on a more unusual source, Reddit, but the story’s really interesting. Not only did this man end up in a high-speed car chase, he had to prep his defensive firearm on the run because he’d let his CCP expire.

I’m going to edit out the profanity a bit, but otherwise, here’s the story recounted by Reddit user Southernlead. It’s pretty long, but our Redditing friend is an engaging writer. Take a look.

I lived in Memphis TN my whole life, I got my CCW the day I turned 21. Memphis has become a place that the only people that are unarmed are blissfully ignorant. I had few close calls but I never had to use my sidearm. I moved to SE MN in 2016 and (stupidly) felt safe, so I didn’t carry. When my card expired I didn’t bother to renew.

This past deer season while driving to a WMA in bum **** nowhere with no-one around I had a car fly up behind me. Kinda weird right? Open road, plenty of space to go around me.

They get up behind me and I can make out 3 people in the small car. I’m in a large beater SUV. In a 30 mph zone they speed up and tap my bumper (common robbery back home).

Welp all my alarms start going. I reached behind me, pulled my cased shotgun into the passenger seat, unzipped the case and started loading my shotgun.

They back off when we go through a township and I relax just a hair while keeping my awareness about me. As soon as I clear the town they floor it get behind me and hit my bumper again. I sped up. When I did they went into the oncoming lane and sped up to match my speed.

I see the guy in the back has something in his lap. I slowed way down to take a right that would lead me into a town that ALWAYS had a sheriff’s deputy sitting in the parking lot. When I slowed down they shipped a hard right and stopped in the road blocking the turn and the back door came open.

I stopped and went to put it in reverse, when I checked my mirror I saw another vehicle approaching in the distance (in my mind they had friends) all the alarms went off again and i felt the Adrenalin dump into my body.

I grabbed my shotgun and stepped out behind my door and raised the shotgun as there doors came open. Beyond my sights was three teenagers maybe 18 with baseball bats and a gun. I started screaming for them to “get the **** back in and drive away while they still had the holes they were born with”.

I’ve never seen kids so terrified before, they dropped what they had and booked it.

About the time they took off the car passed me, a minivan with business decals on it. All of this took maybe 5 minutes. I called the sheriff’s department and met a deputy at said gas station. Apparently the kids are well known “wannabe bangers”, deputy’s words.

I took the deputy to where it happened. 2 bats and a spray painted airsoft gun. Those kids almost died over a beater truck and 15 bucks.

Needless to say I’m now waiting to get my permit in the mail.

It’s really unbelievable how much misfortune can fall when dumb people try to do dumb things with fake firearms. This man could have pulled the trigger — thank God he didn’t. Hopefully, those kids will be pulled in and given the chance to go straight.

However, this so powerfully highlights the need to carry a firearm. The author above is so lucky that he was faced with idiots. If someone really wanted to put him off the road — who wants to be loading a shotgun in the middle of an incipient firefight?

The first step to concealed carry — and this may surprise you — is actually carrying. I’ve had a couple of experiences like this one, and I’ll be relaying them in the coming days, but it’s important to know that this stuff does happen, and it happens to random people, just like you or me.

Previous article: Pennsylvania Man Shot By Concealed Carrier in Domestic Dispute Next article: My Life Was Threatened, Part I -- Should I have Drawn?