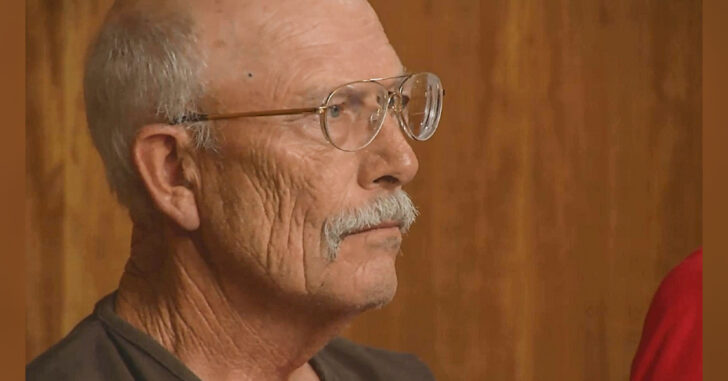 RIDGECREST, CALIFORNIA – Philip Norwood, a California dog kennel owner, can probably credit the fact that he’s not spending the rest of his life behind bars to a clear case of prosecutorial overreach. He was acquitted last week of a charge of first degree murder after shooting an employee’s belligerent spouse who wouldn’t leave his property.

In May of 2017, Michael Davis, the husband of Norwood’s employee, followed his wife to work and began to argue with her. Trying to defuse the situation, Norwood . . .

…twice told the husband, Michael Davis, he needed to leave the property, according to court documents that became available Tuesday.

Davis, 35, walked toward his truck, but turned around and began arguing with his wife again. Norwood, 67, armed himself with a gun, pointed it at Davis and told him if he didn’t leave he was going to shoot him.

Davis said, “Go ahead,” according to Norwood’s statement to investigators.

And so he did. One shot with a .38 revolver. Norwood and the wife drove Davis to a hospital, but he later died.

Norwood fled but was arrested after later returning to his home, also the site of Cameo Kennels, in the 1500 block of South Nolan Street.

He probably didn’t help himself when he was questioned, either.

“I never expected him not to leave, what the hell is wrong with him?” the documents said Norwood told the investigator. “Well, he’s dead now.”

On the positive, side, the at least claimed that he thought that Davis was a threat.

According to court documents, Norwood admitted it was a mistake to arm himself, but said he was afraid of Davis and believed the man, more than 30 years younger than he was, could have harmed him. Davis was unarmed.

For reasons that will probably remain a mystery, Norwood was charged with first degree murder in the shooting of Davis. That means malice aforethought, an action that was, according to California law, “willful, deliberate and premeditated.” The fact that Norwood had plead guilty to a charge of assault with a deadly weapon other than a firearm fifteen years ago might have had something to do with the prosecutor going for murder one, too.

On Friday a jury acquitted him of the charge. The verdict came after an earlier trial resulted in a hung jury.

As problematic as this shooting appears to be from press reports, to the layman, it doesn’t seem to rise to the level of murder in the first degree. While we’re not attorneys, it’s hard not to think that a charge of second degree murder — a wrongful killing that wasn’t premeditated — might have convinced a jury to decide that Norwood’s action were, in fact, criminal.

He can still be sued by Davis’s wife, of course, for wrongful death. That process that would no doubt cost him tens of thousand more in legal fees than he’s already spent defending himself against the criminal charge for the last eight months.

The moral of the story: pulling a trigger can be extremely expensive. If it’s not a clear case of imminent grievous bodily harm or death, shooting another person can be hazardous to both your financial health and your continued freedom. Act accordingly.