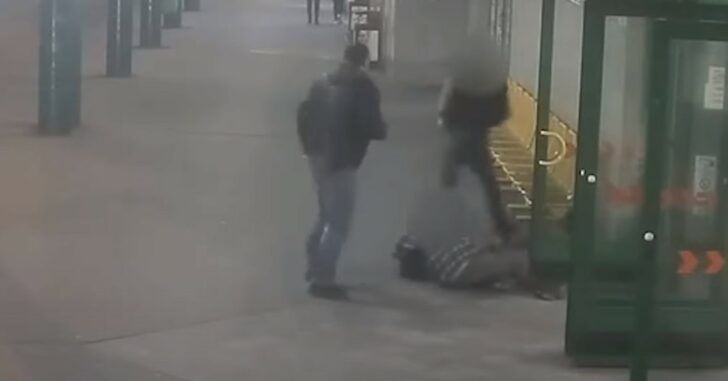 Domestic disturbances are challenging, but when they happen in public, I can’t help but wonder why some people will keep walking by.

The video below is graphic and shows a man beating his ex-girlfriend in and around a bus station. Some people take notice but don’t seem to do anything to help, until finally a man steps in and makes this guy stop his attack.

He walks away, but then returns for a few more punches.

The good guy is still there and pushes him away, finally ending the assault. The attacker received 10 years in prison for the incident.

On a personal level, it’s up to the people witnessing the attack as to whether or not they’re going to get involved. Involving yourself doesn’t mean you need to go hands-on, as it could be something as simple as calling police and keeping an eye on things. Let’s face it, not everyone is up to, or capable, of stopping an attack. That’s not anyone’s fault, but it’s tough to watch something happen and not take some sort of action.

Place yourself in the video below as a bystander. Would you have involved yourself? What would you have done?