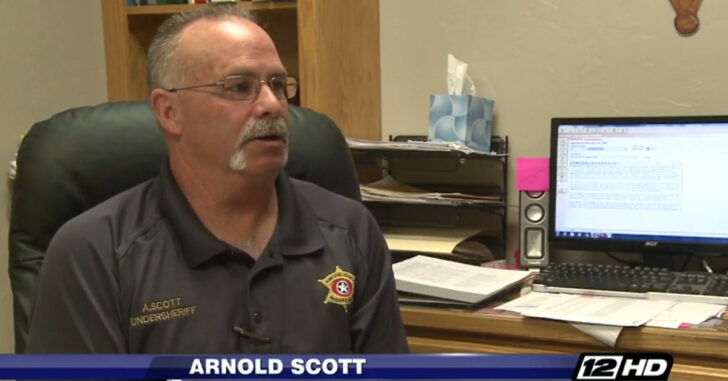 ADA, OKLAHOMA — A family fued ended in gun fire after a grandson showed up at his grandfather’s house and started arguing with him. The altercation escalated and the grandfather used a .22 caliber rifle to shoot his grandson in the abdomen. He has not been arrested but has ‘lawyered up’ in anticipation of needing to talk with the local Sheriff’s Office.

According to KXII News 12, Ponototoc County Deputies are continuing their investigation but have not found reason to charge the grandfather at this time. It should be noted that the grandson decided to walk into his grandfather’s home and begin the altercation and as that is the grandfather’s property, he reserves the right to tell someone to get out.

While it’s not our game to take sides in an issue, we will illustrate an important point about property rights. When you’re in someone else’s home, you’re there at their will and pleasure. Should your company no longer be wanted — or never solicited in the first place — a person has the right to ask you to depart the premises. Failure to do that may result in criminal charges of trespassing.

In the case of a man showing up to another man’s home and starting an argument, that’s not truly a wise move. Family matters tend to get pretty complicated but they can usually be reduced down to two things: finances and feelings. No matter the case, there’s a common issue of respect that’s warranted when addressing another man on his own property.

The grandfather has gotten an attorney to help him out during the investigation and to help deputies get answers to their questions. The deputies are treating this situation in a delicate and respectful manner. As tragic as it is to feel the need to shoot someone to defend one’s own life, well-being, and property, sometimes that’s just the way it goes.

Gun owners don’t anticipate how foolish visitors may get, but at least a gun owner has options. This is certainly one of them. We hope the situation resolves as amicably as it can given the circumstances.

We’ve seen a number of incidences pop up recently where grandparents are forced to use deadly force to defend themselves from younger, more brash family members. One unfortunate woman in California narrowly avoided criminal charges in her case — but it’s also California. In other parts of the country, the trend tends to be that a person has a right to defend himself against an intrusion. We hope to goodness that need not be the case but should it be, so be it.