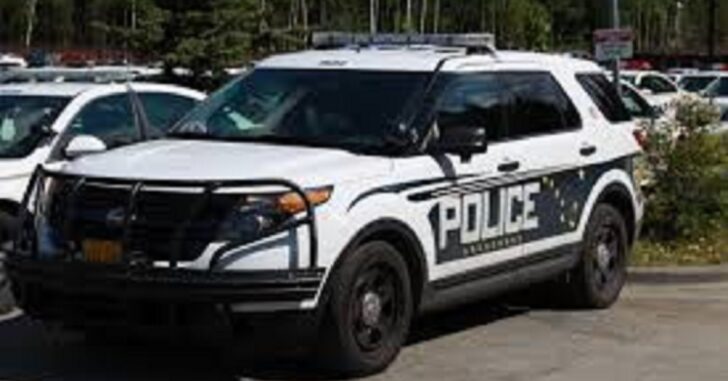 ANCHORAGE, AK — The state of Alaska has decided against prosecuting a local business owner who shot a customer after an altercation in his place of work.

Daniel Clift, owner of Determine Design, says that he was defending himself when he shot Shelton Landon in the torso on November 15.

Their two stories differ wildly. Take a look at what Clift said, versus what Landon contended happened, according to the Anchorage Daily News:

Clift said in an interview Thursday that Landon was disgruntled and violent when he came into business the afternoon of Nov. 15.

He said Landon had asked the company for a change order on architecture plans for a marijuana business he is starting in Spenard. The architecture company billed him $600 for the work and he didn’t want to pay, according to Clift.

Clift said he repeatedly asked Landon to leave. Clift said he grabbed the handgun he kept in the office, and said he hoped to try to keep Landon away while he called police.

“He walked back toward me and tried to get in my face and I think he was trying to take my gun,” he said.

Clift said he pulled the trigger.

“He was physically aggressive and I didn’t know what else to do,” he said. He said he did not believe Landon carried a gun that day in the shop. He said he wished he could have gone back in time and not started the project with Landon, so “we could have just avoided this whole situation.”

So, you’ve got Clift’s side of the story. But what does Landon say happened?

Landon said in an interview Friday that he never pushed or shoved Clift. He never got violent at all, he said. He said he came into the business that day with $600 in his pocket, intending to pay the bill so he could get the drawings. He said he asked Clift for an itemized receipt so he could better understand the added costs. He said Clift responded, “Just pay the bill, Shelton.”

Landon said he became agitated, stood up and asked Clift, “Have I ever screwed you guys or stiffed you guys or given you any reason to be tripping over 600 bucks?” He said he then thought Clift was walking over to a computer to look at the invoice, but instead produced a handgun. “I throw my hands up in the air and say, ‘What are you going to do? Shoot me?’ And that’s when he shot me,” he said.

“I had no weapons, no guns, no knives, no nothing and he shot me.”

Landon was taken to the hospital that day. He said he underwent three surgeries. One of his kidneys and part of his stomach were removed. He said he was in a coma for about a week.

“My equilibrium is way off. I’m trying to learn to walk again,” he said Friday.

Well, one of those testimonies would correspond just fine with a self-defense case, but the other sure does not.

Regardless, authorities must not believe that they have enough to prove Clift’s guilt, even if he was in the wrong.

It seems, for this case, we will never know.

That’s how difficult it can be, however, for the government to make a decision on whether or not to prosecute someone — if you’re ever in this situation, try to note every fact you can and log it away. You don’t want to be behind bars for defending yourself.

Previous article: Man Shoots Teen As He Tries To Break Into Vehicle: Bad Or Good DGU? Next article: Grandmother Acted In Self-Defense After Shooting And Killing Intruder In Her Pet Spa