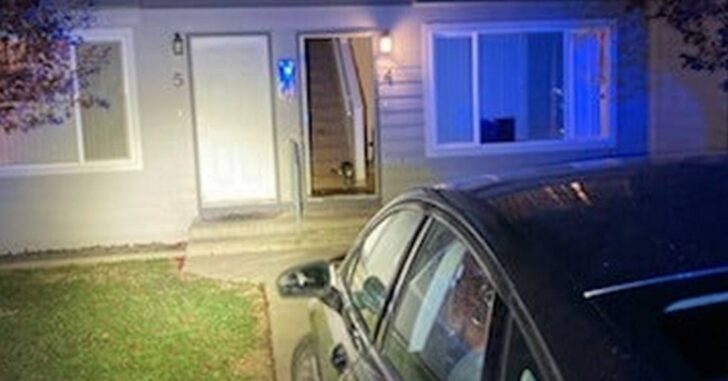 KENNEWICK, WASHINGTON – A man who was helping a locked-out resident get back into her apartment was fatally shot Monday night by another resident of the apartment. Kennewick police were dispatched to an apartment complex located at 1330 W. 10th Ave. at 10:40 p.m. after a 911 caller reported hearing a single gunshot followed by a woman screaming for help for a man who was dying.

Upon arrival, police found Beckett Smith, 22, lying on the sidewalk outside of the apartment with an apparent gunshot wound to his left side. He was rushed to a local hospital where he died from his injuries. Jawan V. Osby, 27, also a resident of the apartment, admitted to shooting Smith.

Police have been able to unravel the strange chain of events that left Smith dead. A female occupant of the apartment, Gia Muir, and Smith had been out Monday evening. She told police that when they returned to the apartment around 10:30, the door was locked and Osby had the only key.

Muir stated that she did not see Osby’s car in the parking lot, and said that she and Smith knocked on the door and windows, and rang the doorbell, for about 10 minutes but no one answered. Thinking Osby was not at home, Smith entered the apartment through a window, opened the door from inside, and then walked outside and motioned Muir to come in.

Osby then walked out of the apartment behind Smith and shot him, which he admitted to police. He was booked on suspicion of second-degree manslaughter and held in the Benton County Jail under a $250,000 bond. An autopsy was planned for Smith and the investigation is continuing.