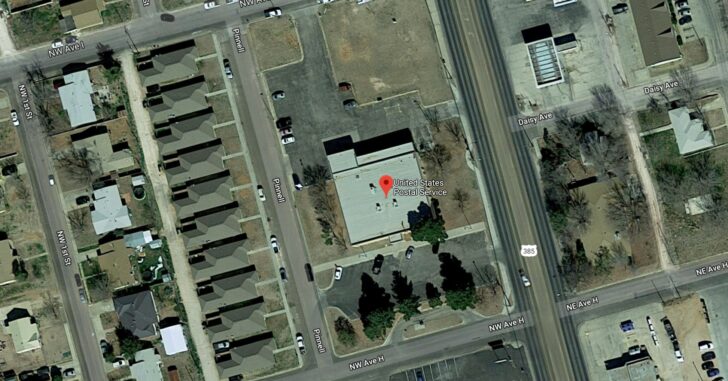 ANDREWS, TEXAS — Leave it to a state such as Texas to have not one, but two armed citizens intervene during a time of crisis.

That’s what happened in the parking lot of a Post Office (we’ll get to this later) Tuesday evening when 21-year-old Cruzito Gutierrez got into an altercation with a woman.

During that altercation, police say Gutierrez stabbed the woman “in her right side above her waistline.” After she was stabbed, she ran across the street looking for safety.

Two witnesses, both licensed to carry firearms, aided the woman by holding Gutierrez at gunpoint until police arrived.

The woman was taken to the hospital, but her condition was not immediately known.

The two armed citizens showed great restraint with the suspect, and successfully ended the attack that could have turned deadly in a hurry.

But there’s one important thing that we need to take a look at here, and that’s the fact that this took place on property owned by the post office, which all of us know (or should know) is a gun-free zone.

Yes, even the parking lot.

Now, I’m with you in your thinking: “The guy obviously didn’t care that he had a knife on him on the property. Why should I be disarmed as a lawful concealed carrier?”

I hear you, I really do. However, there is the chance that these two armed citizens could be charged with possession of a firearm on U.S. Post Office property.

The town is no more than 7 square miles in size, and the population is just over 13,000 people. Given that the town is so small, there’s a good chance that the police (and post office) simply looked the other way when it came to the possible prosecution of the two men. Or, maybe they just happened to be “just off the property” when police arrived.

Looking at the map, it’s clear that the parking lot is situated on the same property.

It’s a very real thing that could happen, being prosecuted even though you stopped a potentially deadly crime, and it’s something to consider when making your choices.

As for me, I avoid the post office at all costs. While that’s not in the cards for everyone, and is a necessity in their lives, just be sure that you’re aware of the federal laws that exist.

Previous article: Man Shoots Suspect In The Groin After He Attacked Him And Kidnapped His Granddaughter Next article: Defenseless Improv: Man Takes Gun From Robber And Shoot, Kills Him