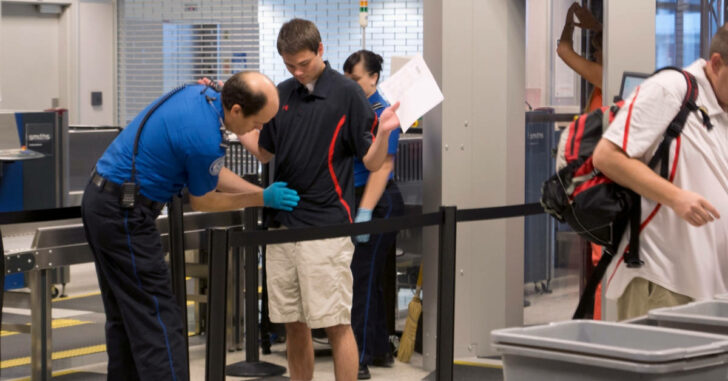 Funny enough, I remember working for a firearm manufacturer that wouldn’t allow employees to carry on the job. Even though there were people who worked for that company that didn’t like guns and didn’t carry concealed — even though it was a permitless process in my state — you could just about guarantee that in almost any car in the parking lot, there would be a gun located somewhere out of sight.

There was also a security screening checkpoint at the entrance so if an employee made the unfortunate mistake of trying to carry his concealed carry handgun through the front door, he was in for a nasty surprise from HR.

Before attempting to carry a concealed handgun into your own workplace, please check with your employee handbook, manager, and/or Human Resources specialist. Walking into the workplace with a gun — especially where security screening measures are in use — can result in the loss of your job and/or all sorts of legal issues.

Even though employees have prevented violent crimes through the use of their concealed carry handguns, a workplace absolutely has the right to not allow employees to carry firearms on the premises. The time to debate that right is not with security personnel located at the entrances.

Chances are real good that when you began work at a facility, you were given a mandatory brief where your Human Resources specialist, manager, or whomever explicitly pointed out their policy on firearms and knives on the premises.

I remember I had a friend who accidentally forgot he had his M&P Shield on his side when he walked through the metal detectors. I had another friend who left her Glock in her workout bag. Neither of those people worked for that company after that happened.

I never agreed that policy was a good idea. I never thought it was necessary to restrict a person’s right to defend himself where-ever he goes. And I especially didn’t think it was fair to terminate someone for making an honest mistake. Unfortunately, I didn’t write the rules.

They’re both still my friends and we still hang out. I ended up leaving that company for other reasons and immediately resumed my normal concealed carry routine — everyday, everywhere legally possible.

If you have no choice but to leave your concealed carry handgun in your vehicle, make sure you store it in a place that is not clearly visible.

In the aforementioned place I worked where we weren’t allowed to carry on the premises, I just imagined that every car thief in town could just about guarantee access to a firearm if he broke into an employee’s vehicle.

The only way to beat that is to…

Pretend you locked the keys out of your car. What route would you take to get in? From there, imagine you only have five minutes tops to search your car for valuables. Where would you search and how?

Based upon this, you’ll quickly see certain places just don’t make sense to store a gun. You figure it out for your car. I’m just going to throw a few suggestions: center console, glove box, underneath the driver’s and passenger’s seats, pockets behind those seats… Those are the first places I would look if I broke into my car. I didn’t store my gun in those places.

We actually did have a car thief break into vehicles at that unnamed company I worked for. Go figure. Security footage is spotty at best and security is always going to be too slow to help the victim. No word if that thief got away with a firearm but it certainly wouldn’t have been surprising if he did…

Help out your fellow co-workers. Walk with them to their vehicles and let them walk with you. Unfortunately, none of you are armed (yet) but once one of you is, then that means the rest of you have some degree of protection if bad guys decide to prey on you.

And it does happen.

People do get jumped, robbed, beaten, and worse in parking lots. If you know another employee that has the same mentality as you and gets off work the same time as you, you may as well walk with each other. Once one of you is armed, you’ve got backup until you’re good. It’s a win-win across the board.

These tips are just some ways to help you work around a cumbersome fact of life. However, we’ve also written articles discussing strategies and ways to bring up your company’s gun policy intelligently in the hopes of changing it.

Your safety and security shouldn’t be jeopardized due to workplace conditions. And there may be ways to change that. I hope these tips help and you continue carrying every single day, everywhere you possibly can.