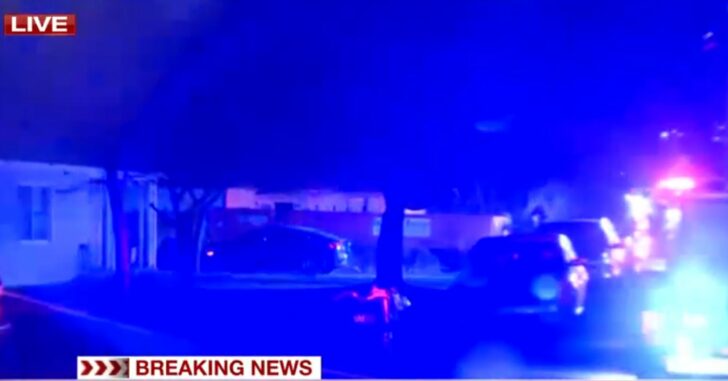 RENO, NEVADA — There are bad kids, then there are kids like these two juveniles. They went to a home of a 14 year old and violently assaulted the teen. They threatened they would be back. Two days later they broke into the same house to follow up on their threats. This time, however, the residents had a gun to defend themselves.

Investigators say two juveniles, broke into an addition off the main house, looking for a 14-year-old who lives at the home. They were confronted by an adult who was armed with a gun. Investigators say one of the suspects pointed a gun at the adult, and the adult opened fire, shooting both suspects.

One suspect was found at the scene. He was taken to a hospital in critical condition. The other suspect left the scene, but checked into a hospital after getting shot in the leg. He was later arrested.

The article doesn’t state the genders of either the assailants, the teen they assaulted, or the adult in the house. Trying to re describe the events may get a little confusing. Suffice to say, this is a case of people identifying a threat, and preparing themselves. They were victims once, and made sure they could better defend themselves next time.

As if it wasn’t bad enough these juveniles assaulted a teen in this house, but they came back to do it again. For their follow up attempt, they broke into the house and brought a gun with them. An adult in the house, however, caught them shortly after the juveniles gained entry.

When the juveniles drew a gun on the adult, the adult responded in self defense. Sadly, one of the kids died on the scene. The other was later checked into a hospital with a wound to his leg.

In 2020 is it wrong to ask where the hell are these kids parents? The bad here has to go to the parents of these juveniles. Assaulting people in their homes, breaking into homes at 3am, carrying a firearm? We know parents can’t be responsible for everything their kids do, but how does one let it get this bad?

Secondly, as fantastic as it was that the adult in the home was prepared for the return of these juvenile animals, why didn’t they call the police earlier? Obviously, the teen that was assaulted knows the identity of the juveniles. Not only did they juveniles commit an assault, but they made a direct threat to come back. Certainly the police could have tried to do something. It could have potentially prevented a death.

The good here is obviously the adult in the home protecting the previously assaulted teen. The two attackers threatened to come back, and the adult took the threat seriously. Unsure what they could be capable of next time, the adult was prepared with a firearm.

Furthermore, the adult confronted the juveniles, trying to thwart them before any violence happened. It wasn’t until they drew a firearm did the adult also draw and open fire. They did their best to avoid conflict, but when the situation turned deadly they defended themselves. Had the adult not had the firearm, who knows what kind of violence these two armed juveniles would have been capable of.

Previous article: Irresponsible Gun Owner Has Negligent Discharge In Gun Store After Being Told To Stop What He's Doing Next article: Home Invader Kicks In Back Door, Is Fatally Shot Seconds Later