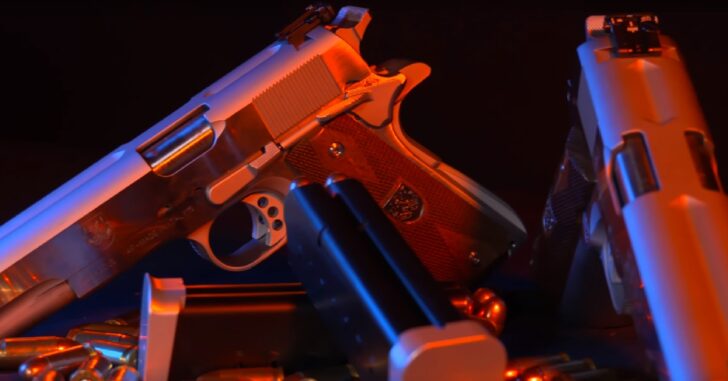 Jerry Charles Miculek, known to some as the greatest shooter of all time, and holds several shooting world records.

Not only is the guy a living legend — he also is an absolute joy to watch.

And you know what else is entertaining? That’s right, double-barreled 1911s.

They’re just novelties, but these two guns, AF2011-A1s made by Arsenal Firearms, look like they pack quite a punch.

And why shouldn’t they? That’s a lot of firepower!

On top of all that, Miculek’s people really know how to make a good video.

Those cameras are something, aren’t they?

Previous article: TRAGIC: Armed Citizen Shot And Killed With His Own Gun In Kroger While Shopping Next article: What Should You Be Using: 9mm or .357 Magnum?