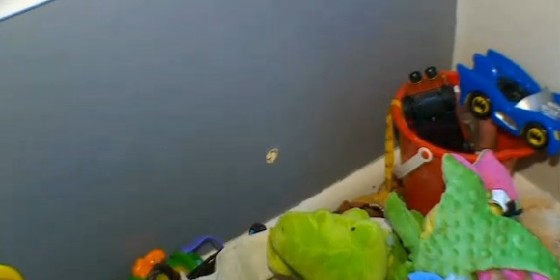 This is why we can’t have nice things. I do feel bad for the gun owner, but I also don’t. He is absolutely remorseful and knows that this situation could have been much worse, but it does not change the fact that he was being irresponsible by not following the 4 Rules of Gun Safety.

The Sewell family was asleep in their home when their doorbell rang around midnight. At the door was 23-year-old Daniel Larson, who was there to tell them that he had accidentally fired a round from his rifle and that it may have gone through their wall.

Not only did it go through their wall (and a wall of the house Larson was in when the gun went off), it also went through their 11-month-old’s stuffed animals and then hit his crib, missing the infant’s head by inches.

“My finger slipped down and discharged the weapon,” Larson said. Larson’s firearm was legally registered, he showed remorse for his actions, and police did not find any evidence of alcohol or drug use. Because of these factors, he is likely facing a misdemeanor charge of reckless discharge of a firearm which is punishable by 90 days in jail and or a $1,000 fine.

Let this incident serve as a reminder that, if a firearm is discharged, the bullet can travel great distances and can even penetrate numerous surfaces. This particular bullet likely had enough energy to do damage to a person even after going through two walls.

I am happy to hear that Larson is owning up to his mistake and has apologized to the family for his negligence, but there is still no excuse for a negligent discharge.

If you ever point a firearm at a wall, you had better know what’s on the other side.