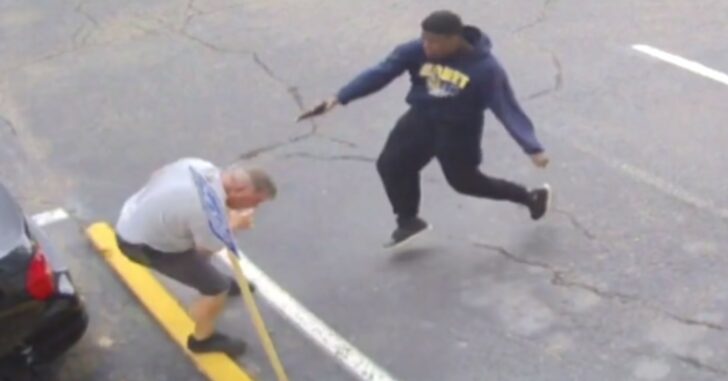 Luck was on this guy’s side, and you’ll see just how lucky he was in the video below.

At an auto repair shop, a teen was angry after accusing the shop of using surveillance cameras to video his property. That didn’t end up being the case, but the teen still threatened to come back and cause them harm.

After the threat, the shop owner armed up and started carrying his handgun, shown in the video.

He carried small-of-back, without a holster. Both of these options are no-gos.

When the teen returned, the two got into a physical altercation and at some point, the shop owner’s gun falls to the ground and is easily picked up by the teen.

With luck on the shop owner’s side, the teen doesn’t know how to disengage the firearm’s manual safety, which ultimately led to the owner’s survival. There is no doubt that this teen was wanting to murder him, but thankfully he wasn’t able to accomplish that.