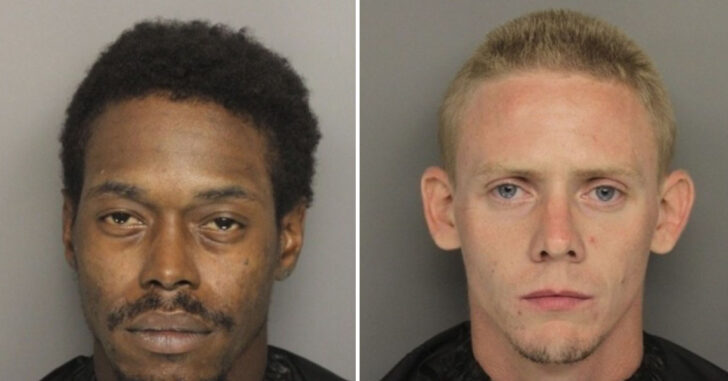 GREENVILLE COUNTY, SOUTH CAROLINA — An alert neighbor witnessed a man in a struggle with three other men who were holding him at gunpoint. He immediately grabbed his gun and made the decision to intervene.

Investigators said a neighbor saw the struggle, grabbed a gun and fired a shot, hitting Bradley at least once. He died at the hospital, Greenville County Coroner Kent Dill said.

The other two thugs were both both charged with first-degree burglary, attempted armed robbery, possession of a weapon during a violent crime, criminal conspiracy and kidnapping.

There is no mention of the condition of the man held at gunpoint, but we hope that he is alright and uninjured.

I’ve said it a hundred times; the thug life never pays off in the end. The result here is two people in jail, hopefully for a long time, and their bff dying at the hospital.

Being a criminal has it’s hazards, just like any other career or hobby. In this case, one of them found out the most dangerous hazard of them all; the armed citizen willing to take a life to defend another.

Previous article: Armed 84-Year-Old Stops Two Thugs Who Were Getting Too Close To Grandson During Break-in Next article: [VIDEO] 15-Year-Old Bystander Shot By Clerk As He Attempted To Shoot Armed Robber, Another Person Sends Bullet Into Home