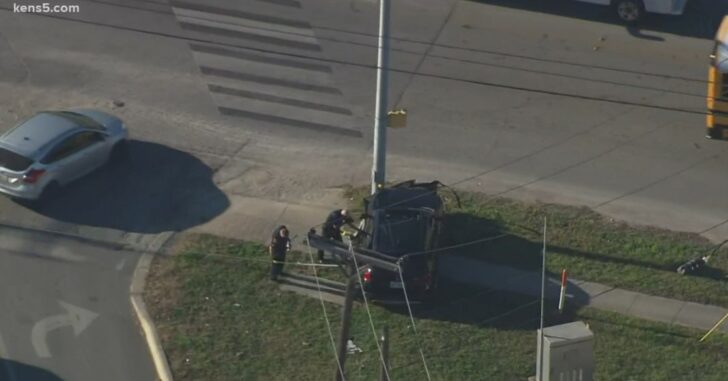 SAN ANTONIO, TEXAS — I’m torn with these stories, because we have a lot of people on both sides of the aisle; one side will say this man defended his property, while the other side will say that shooting at a fleeing suspect isn’t the correct option.

An armed citizen was coming out of a gas station and saw someone starting to drive off in their vehicle. That armed citizen opened fire, striking the suspect multiple times and causing the vehicle to crash.

The suspect was taken to the hospital for injuries that are believed to be non-life threatening.

Here are the problems that I have with this incident:

The BMW seems to have been unlocked, and the keys left inside, unless this suspect found another way to start the car. That’s a big no-no for anyone, and if you’re leaving your vehicle for any period of time, it should be locked and secured.

If I am to pull the trigger while my firearm is pointed at a person, it’s because my life or the life of someone else is in immediate danger.

Overall, while likely justified, I have a hard time getting behind this shooting. What are your thoughts?