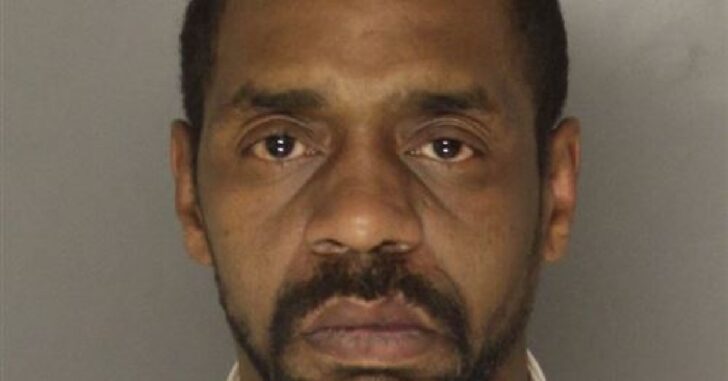 PITTSBURGH, PA — When one man realized that killing someone had consequences, he tried to blame the death of an acquaintance on… ghost intruders.

He pretty much made up anything he could to not get into trouble.

According to the Pittsburgh Post-Gizzette:

Louis Dickerson, 42, has been charged with homicide and other offenses in the shooting death of Omar Berry, 43. Police went to Dickerson’s apartment in the 2300 block of Mission Street shortly after 5 a.m. Responding officers discovered Mr. Berry on the second floor with at least one gunshot wound, police said. He was pronounced dead at the scene.

In an affidavit, police said Dickerson himself called 911 after shooting Mr. Berry, whom he identified as his friend, but then lied to officers when they arrived by trying to pin the blame first on unknown intruders and then on a phantom man with the nickname of “G” before admitting to the crime.

He confessed after police told him that they had found a bullet and bullet hole inside the door that indicated that a gun had been fired from inside the apartment; police also told Dickerson that a gunshot residue test would show whether Dickerson had fired a gun.

He would also go on to ask what would happen to him if he had, God forbid, actually shot Berry. Then he admitted, finally, to shooting Berry, but claiming that the shooting was in self-defense.

The Pittsburgh Post-Gizzette reports that Dickerson has been charged with — in addition to this homicide — “tampering with evidence and persons not to possess firearms.”

Maybe the next argument will be the Devil made him do it.

Previous article: Here's Your Monday WTF Story, And It Involves A Clown And An Intoxicated And Armed Neighbor Next article: With A Rifle Pointed His Way, Homeowner Shoots And Kills Armed And Angry Man