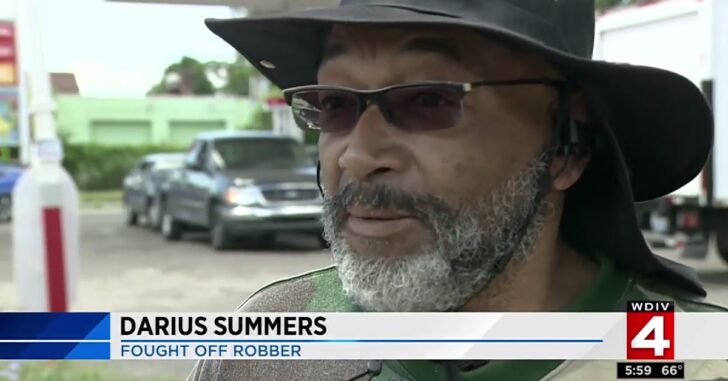 DETROIT, MI — A 61-year-old man was forced to turn on and shoot a 16-year-old thug who wanted his handgun, WDIV reports.

The man, Darius Summers, had just gone to the gas station to get a cup of coffee when the kid changed his life.

The young thug, who had a handgun of his own, apparently wanted extra. He threatened Summers with a gun in the back and insisted on his handgun.

Summers gave the teen his gun, but hardly in the way that he wanted it.

Summers, who somehow never had shot a gun before, according to his interview with WDIV, turned on his assailant and shot him in the stomach.

The teenager was taken to the hospital, and identified as Xavier Futrell. He was arrested and charged with assault with intent to murder, carrying a weapon with unlawful intent and a felony firearms violation, according to WDIV.

Sometimes, the bad guys are not what we want them to be.

That sounds strange, so I’ll explain.

If you imagine a scenario in which you have to act in self-defense, who do you picture — a giant, insidious figure, or a 16-year-old boy? What about a woman? What about an elderly man?

We don’t want to be in a deadly scenario with anyone, ever. Obviously. However, it’s certainly easier, psychologically, to act against an unknown hulking goon than a 16-year-old teenager. Who wants to fight a kid — even if they have to?

If that scenario takes place, for your sake, there cannot be hesitation over the age, appearance, or demeanor of a threat. A deadly threat is a deadly threat.

It is unfortunate this man had to fire at a 16-year-old. That boy is likely going to jail for a long time, maybe even for decades, and he’s not even old enough to legally smoke yet.

Thug or not, that’s a tragedy. Someone had to teach him to act that way. What a wasted life.

Previous article: NYC Not Renewing Concealed Carry Permits, And No Reason Is Given Next article: Man Goes Into Trailer And Beats Another Man With Stick, Gets Shot For The Assault