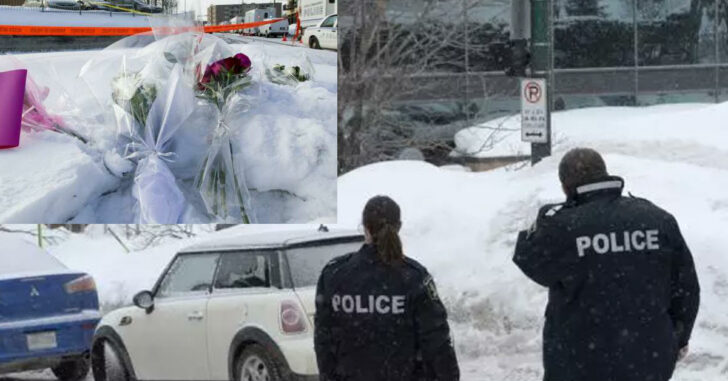 QUEBEC CITY — A mass shooting took place last night in Quebec City as Muslims gathered in a mosque for their nightly prayer. The gunman stormed the mosque and opened fire on a group of unarmed people, injuring nineteen and killing six. This is one of the largest mass shootings to happen in the city and it has certainly brought attention to the vulnerability citizens there are placed in.

According to the Montreal Gazette, only one suspect was detained but two men were arrested. Initially the attack was pinned on both the men arrested but police have since concluded it was only one man who took part in the shooting.

While the outrage and political tension blooms in the city, little serious conversation is being had about the defensive readiness of individuals in Canada. Canada does allow citizens to legally own firearms but there is almost no condition in place whereby the average citizen may actually carry a firearm for his own defense.

“Security at our mosque was our major, major concern,” he said. “But we were caught off guard.”

Unfortunately, for places where people can just walk in, security will always be extremely inadequate to defend against radical attacks such as this.

In the death toll are professors and many esteemed, respected members of Quebec City’s growing Muslim community.

The hardest part to address, after the tears and mourning, will be the ability for people to defend themselves.

Adding comment to the tragedy is the Montreal Holocaust Museum. In an official statement, they called an attack on any religious group expressing their faith as an attack on all of them.

“The murder of innocent people because of their faith is an assault on values which we hold dear, including freedom of religion and religious expression, the equal rights and protection of minorities, and particularly the sanctity of human life.”

The museum said the attack “is a line in the sand. This attack has been perpetrated in a context in which it has become legitimate to spread bigotry and hate, a world which targets minorities and normalises an ‘us and them’ mentality.”

While Canadian Prime Minister Justin Trudeau vows a renewed attack on hate speech and targeting those who speak online, there is little to no discussion about how the authorities intend to actually secure and contain such threats in the future.

This is the problem in a “gun free” society. There is no recourse except to expend vast sums of money to ensure there is a security presence at these institutions.

The very concept of people arming themselves as a deterrent to that type of attack is ludicrous in Canadian society. Guns are seen purely in the realm of criminals and police. The problem — when an event like this transpires, the police are minutes away. The event itself likely only took seconds to execute.

If the Canadian government were truly interested in the benefit of all of its people, it may consider the possibility that the strongest deterrent against these types of attacks are to have citizens armed and able to respond.

Self-defense is an inalienable right. The means to defend one’s self must be commensurate with the force that will likely be levied against a person. The easiest, cheapest solution is just to let law-abiding citizens carry guns. There’s no guarantee it will stop the next attack immediately but it will ensure at least someone has the choice to respond with deadly force when deadly force is being used against him.

Previous article: Sig Sauer P320: The Army Is Considering It But What Does It Change For Everyday Carriers? Next article: The Grey Man Concept and Clothing Choice