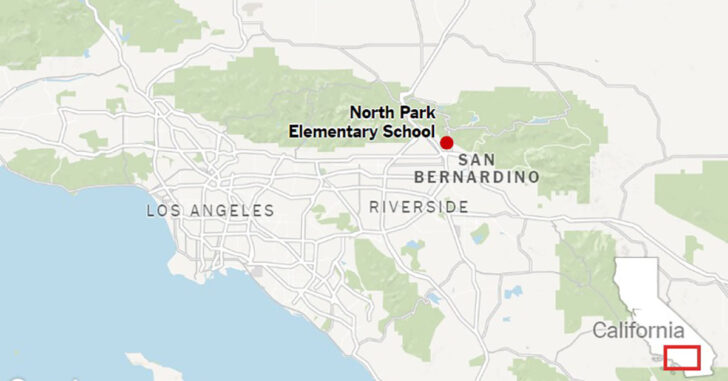 SAN BERNARDINO, CALIFORNIA — An elementary school is on lock-down today after a shooting took place inside the school. In an apparent murder-suicide, two adults were killed and two students may have also been injured during the incident. One of the deceased is reported to have been a teacher at the school.

According to news reports, the incident happened around 10AM local time at North Park Elementary school.

“Two adults are deceased in a classroom, believed to be a murder suicide,” San Bernardino Police Chief Jarrod Burguan posted on Twitter. “We believe the suspect is down and there’s no further threat.”

Further details are not known at this time.

The school is located about 10 miles from the location of the 2015 San Bernardino terrorist attacks that took the lives of 14 people and injured another 22.

We will post more information as it becomes available.