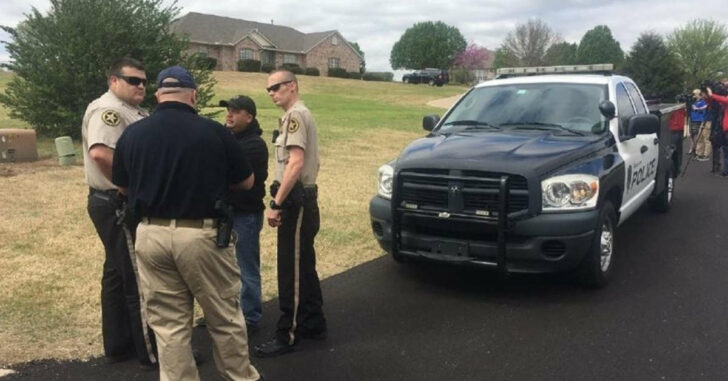 TULSA, OKLAHOMA — Three intruders broke in through the back sliding-glass door of a residence on the outskirts of Tulsa. When they encountered the homeowner’s 19-year-old son wielding an AR-15, they must have thought their odds were rather good. All three of them were dead wrong.

According to FOX News, a Sheriff’s spokesman said that deputies found two of the intruders dead by the door and a third deceased in the driveway. That last one likely had time to consider how wrong he had been to underestimate the ability of a man willing to protect his parents’ home.

There was a second unidentified occupant home at the time of the shooting but police have not specified who that person was. In any case, that occupant was well defended by that 19-year-old.

Deputies don’t know the motive of the intruders or what was allegedly said in the moments between when the son encountered the men entering his father’s home and when the shooting took place. They are treating the scene as a self-defense shooting though the investigation is ongoing.

This is one of the great things about having family members that are willing and able to protect you and your property.

This guy was only 19 years old and he had to make a split second decision as to whether he was going to be just another victim of a violent burglary or defend himself. In all likelihood, he probably gave the intruders an option other than getting shot prior to opening fire. All three of those men should have taken that option.

Deputies suspect the intruders entered the premises with the intention to burglarize. Because of their number, it wouldn’t have been much work to overpower a single person unless that person is armed with a gun and knows how to use it properly. Thankfully, this young man did.

Firearms education from an early age can pay off dividends throughout the rest of a man’s life. Knowing how to safely use a gun includes knowing how to properly handle it outside of a gunfight. These things all play into each other to produce law-abiding citizens that are able to defend themselves and their family at a moment’s notice.

Previous article: Irresponsible? Gun Owner Jumps With Firearm Inside Trampoline Park Next article: How To Mail A Firearm