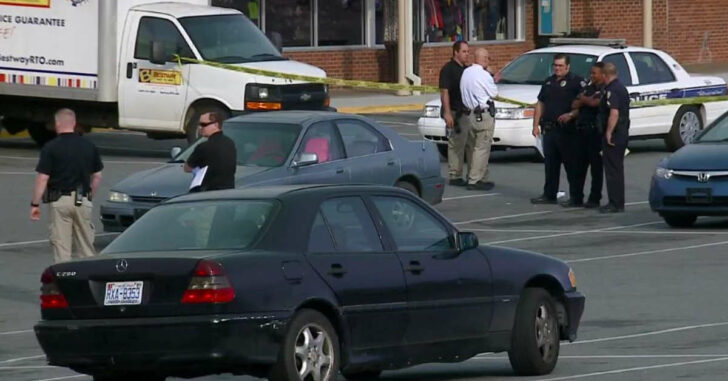 WINSTON-SALEM, NORTH CAROLINA — When two suspects entered the Coliseum Bingo and Games Wednesday around 5 a.m., the night manager knew he only had moments to draw his gun and get on target. The two armed suspects exchanged shots with the manager. The manager took a hit in the shoulder but was able to mortally wound Deshaun Rashaud Fisher-McCullum. Both armed robbers attempted to flee but Fisher-McCullum was found approximately 300 yards from the scene, expired from his injuries.

According to WFMY News 2, police say that Fisher-McCullum died as a result of gunshots received during the armed robbery. If his accomplice is caught, he will likely face murder charges related to his colleague’s death. The manager’s name hasn’t been released and police are treating this as a self-defense case.

In North Carolina, there are some adult games centers that are targeted due to the influx of cash they receive. Hitting a place in the early morning was likely a calculated move to try to get as much money as possible from the business. These two armed robbers likely thought that having guns was enough to keep anyone from acting ‘out of line’. It wasn’t. When criminals feel that they can threaten the lives of customers and employees, you can bet they’ll do it again.

Thankfully, this business hired the right night manager. Protecting a business with a gun is just a smart move — especially when cash volume makes it a high priority target for hoodlums. Winston-Salem isn’t a particularly violence-prone city in North Carolina but it still has plenty of people who refuse to be victims.

Another factor that likely worked in this manager’s favor was his familiarity with his firearm. There’s a good chance that man had fired his gun before he was stuck in that exchange of gunfire. Basic familiarity, taking cover, and putting rounds on target are often times the only factors that separate the quick from the dead.

When armed robbers enter a place of business, their first thoughts aren’t taking cover. For employees, it should be. Any amount of cover between you and the guy attempting to kill you can play an advantage. There’s less space for the bad guy to hit you and he’s still left exposed to your gunshots.

Good work on behalf of the manager. I hope he recovers from his wounds and gets a bonus for protecting the lives of his patrons.

If you work in a business that deals with either high volumes of cash and/or foot traffic, getting trained up on the proper use of a handgun is the first step to protecting yourself. The second step is to carry that gun every single day, everywhere you’re legally able to. The lives of those around you may well depend on your ability to use that gun properly.