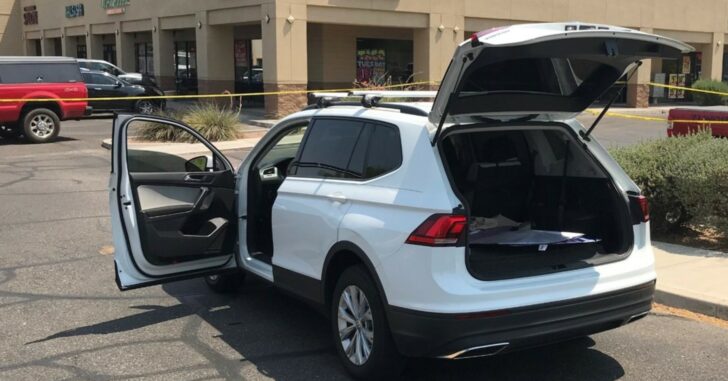 ARIZONA — A shooting spree that lasted a total of 90 minutes as the suspect drove around to different locations in Arizona, finally came to an end when police found a vehicle matching the description, and they were able to take a suspect into custody.

Police are investigating at least eight different shooting incidents that occurred over the course of a 90-minute period Thursday morning throughout the West Valley, according to Sgt. Brandon Sheffert, a spokesperson for the Peoria Police Department, which is leading the investigation.

“This is an extremely complex investigation,” Sheffert said during a press briefing, noting that multiple agencies are involved, including several police departments and the FBI. The number of shooting sites “could obviously grow,” he said.

Some of the injuries were caused by bullet wounds, while others may have been caused by broken glass or car accidents as a result of the shootings.

One person was reported dead, along with 12 injuries during the 90-minute rampage.

The Surprise Fire Department spotted the suspected vehicle, which was then pulled over shortly after by police. The suspect was taken into custody without incident. Police found a firearm in the car, but did not elaborate on what type of firearm was located, nor if it was used in the shootings.

SHOOTING UPDATE – Officers have made a traffic stop on the alleged vehicle involved and have detained 1 suspect.

The name of the suspect has not been released, nor any motive for the attacks.