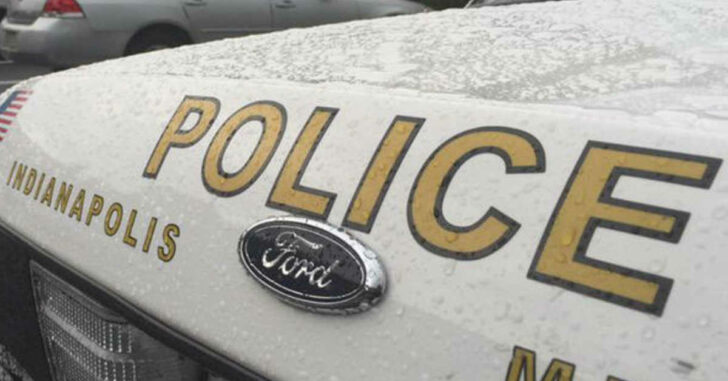 GREENFIELD, INDIANA — A police officer allegedly trying to “clear his gun” ended up negligently discharging it into his knee cap. He was supposedly sitting in his car, trying to make sure the gun was clear, and somehow managed to lay his finger on the bang switch.

The Hancock County Sheriff’s Department responded and noticed the officer was laying on the ground, clutching his knee. They have since said they are very interested in using additional training to ensure other officers don’t make a similar mistake.

We take it for granted until it blows back on us — sometimes literally. It takes one trigger pull to cause a world of hurt. Triggers don’t care if it’s an accident. They’re mechanical assemblies placed into, usually, very well designed receivers that are meant to work under a lot of trying conditions.

It’s a running assumption that police officers and soldiers are immune to negligent discharges and firearm safety problems because, well, we all know they have a baseline of education in the proper use of firearms… Right?

Well, funny I should mention that.

In professions that deal with guns, the assumption that everyone in that field intimately understands firearm safety is a HUGE assumption. While each person in those fields likely received at least basic training on the proper use and handling of firearms, those were probably in very regimented manner.

The world isn’t as regimented. There’s a lot of gray areas. There’s places where a person will have a legitimate firearm safety question and there’s no instructor around to give him advice.

This is why police officers and military should never assume they understand too much about firearms. They have a baseline of education. Learning is a lifetime pursuit, not a discrete one-time class.

Routine re-familiarization training can help correct bad behavior before it causes a problem. It can also be an avenue for people in those professions to ask questions they may otherwise be embarrassed to ask.

Also, work equipment isn’t the same as civilian equipment. The habits a person gets in when dealing with a gun he uses at work may not apply to the gun he keeps on his person out in his regular life.

We joke and kid with each other about bone-headed things but, when it comes to firearms, there’s a lot of room to make mistakes you can never take back.

I hope the officer is able to make a full recovery and, perhaps, it is time for some safety training in that department.

Previous article: #DIGTHERIG - Aaren and his Sig P226 in a T-Rex Arms Holster Next article: Domestic Assault Spills Over Into Neighbor's Yard, He Tries To Intervene And Gets Assaulted -- And That's When He Gets His Gun...