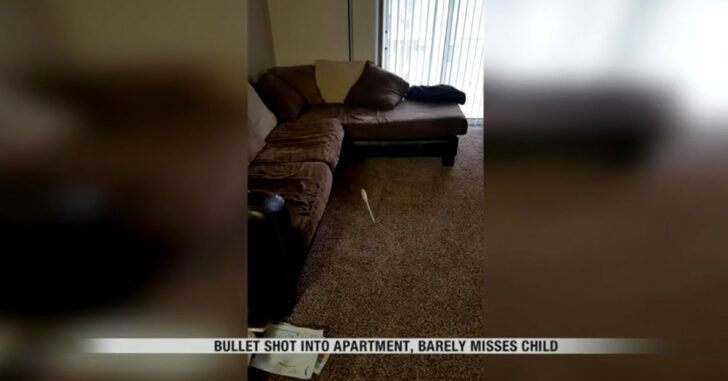 FARGO, NORTH DAKOTA — In an extremely embarrassing moment for concealed carriers, one North Dakota resident with his concealed carry license was inspecting a new firearm when that gun went off, putting a hole in his ceiling, going through that ceiling, through the floor of the apartment above him, and into that ceiling, narrowly missing a three-year-old child along the way, Valley News Live reports.

What’s worse, the incident has made the family affected extremely wary of firearm owners.

Lizett Torres was worried for her family when a bullet came roaring through her house.

“I was just scared, she was here,” she said according to Valley News Live, referring to her three-year-old.

Not only that, she’s scared because now she doesn’t like the very idea of her downstairs neighbor owning firearms.

“I feel scared. He said he has other firearms in his home and I’m just scared, I don’t feel safe,” she said.

The man with his concealed carry license has been charged with recklessness and endangerment, and has been reportedly evicted from his apartment below Lizett.

Now, if you keep up with my writing, you know that I’m not unfamiliar with the concept of putting a bullet in the ceiling. That’s why I can say with confidence — it’s a stupid, stupid, stupid situation in which to get yourself stuck.

It’s so easily avoidable, and now there are even more people out there who are against firearm rights because of this man’s behavior — and the family affected even claims to own firearms.

Gun owners have enough critics to worry about without adding detractors by endangering innocent children.

Previous article: Police Interactions While Carrying Concealed – One Officer's Perspective Next article: All in the Family: Using a Common Handgun Platform, and Why It's Important