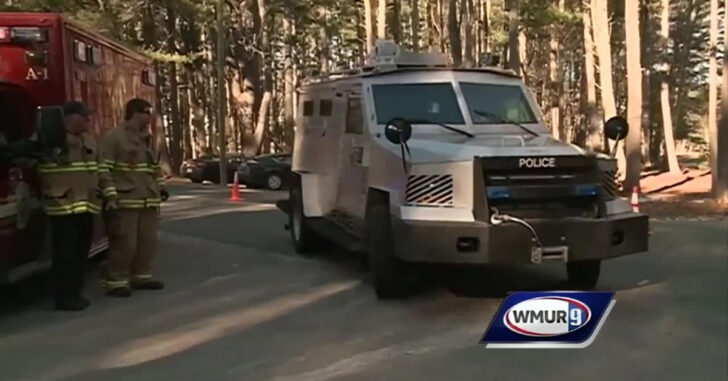 DOVER, NEW HAMPSHIRE — A father shot and killed his son back in December, and authorities have ruled the shooting justified by way of self-defense.

The incident happened on December 10th when the son, 55-year-old Brenton Davis, stole a revolver from his father, 76-year-old John Davis. When John asked Brenton if he had taken the revolver from under his bed, he said that he had not taken it. Then when John went back into his bedroom to put on his clothes, Brenton came in the room with the revolver and fired at his father while saying, “Die, you bastard.” John was hit five times.

After shooting, Brenton left the room and went into another room to sit down. John was able to get up and get to a shotgun that he also kept in his bedroom. He then went to the room where his son was and shot once, striking him in the face. Right after this occurred, John walked out of the house and called 911.

The one blast from the shotgun killed Brenton.

John was shot in the face, wrist, leg, thigh and abdomen, but survived his injuries.

But what made Brenton shoot his father in the first place? Investigators learned that he had a history depression and suicidal behavior. After his death, drugs were found in his system, including methadone.

Neighbors told local news reporters that Brenton did not live at the home with his father, but would visit from time to time. They described the home as quiet, and would see John walk up and down the street regularly.

It’s a sad story all around, but certain things needed to be done to ensure the safety of John’s life, even if it meant shooting his own son.